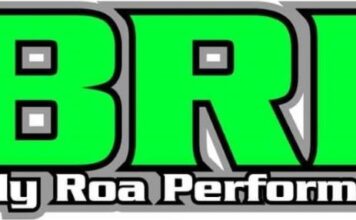 The announcement came after a meeting with HD Industries officials just before Roa hopped on a plane to head to this week’s Performance Racing Industries Trade Show in Indianapolis. Roa and the team are ecstatic to have the HD Industries logo on the side panels of the famous Shaver powered BR Performance sprint car for the upcoming campaign.

“It means everything to have HD Industries back on board with us for the 2020 season,” Roa said from the airport before departing to Indy. “We want to go out and win the CRA championship for them. With their help and help from our other sponsors, we feel we have a good shot at doing that.”

In 2019, Roa competed full time in both the USAC/CRA and USAC Southwest Series. He won five main events between the two and finished third in the USAC/CRA title chase. In addition, he won the Southwest Series championship. For the 2020 season, things will change a bit.

“We will be running the #91R car in the USAC/CRA Series and will be looking for some rides to fill in the gaps in between those races,” the Garden Grove, California based racer said. “We want to keep the #91R fresh for the late-season USAC/CRA races. In addition, we will be running Tanner Grau’s car in some of the Southwest Series events. We are looking for opportunities in other series as well.”

For anyone who is looking for a championship and main event winning driver for their car during the 2020 season, contact Roa at the phone number or E-mail in this release. He will be available to race any night that is not in conflict with his regular racing calendar.

To view Roa’s online portfolio and learn more about the team and its marketing opportunities, please click on the following link

Fans wishing to stay completely up to date with Brody Roa and the BR Performance squad can do so on the team’s website http://www.brodyroa.com/ and Facebook page at the following link: https://www.facebook.com/br91r/