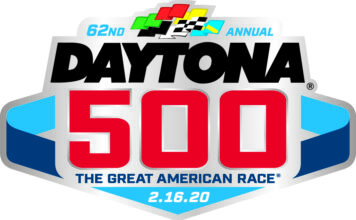 Buescher in the Duels

· 2018 marked his best season at DIS when he finished fifth in the season opener, and followed that with another fifth-place result in the summer event.

· Buescher had better luck in his three Xfinity Series starts at Daytona, finishing runner-up in the 2015 kick-off race, and a pair of 12th-place results in the 2014 and 2015 summer races.

· Luke Lambert makes his Roush Fenway Racing debut with Buescher on Sunday, in what will be his eighth Daytona 500 atop the pit box.

· Overall at DIS Lambert has four top-10s – all with Ryan Newman – including three eighth-place finishes (2015 summer, both 2018 events) and a career-best fifth-place result in the 2017 summer race. Lambert also finished 11th with Newman in the 2016 opener.

QUOTE WORTHY
Buescher on the Daytona 500:
“I’m super excited to be back in the fold at Roush Fenway where we won an Xfinity title a few years back. There are still many familiar faces in the shop and on the team, which makes the transition pretty seamless. We were pleased with our Fastenal Ford last weekend in practice and qualifying, and our goal is to keep it clean Thursday night and see what we can do come Sunday for the Daytona 500.”

On the Car
Fastenal celebrates its 10th season with Roush Fenway Racing in 2020. They spent three years on the No. 99 before jumping to the No. 17 Cup Series entry, and were the primary partner on the No. 60 Xfinity team that captured the owner’s championship in 2011.