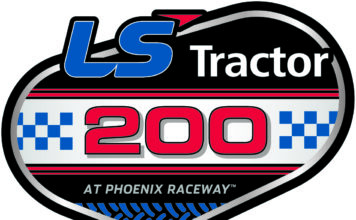 Black Jr. has been running at the finish of five of his six Phoenix Raceway starts, completing 1,093 of 1,200 laps available.

“I’m looking forward to the first of two races at Phoenix Raceway this weekend. Last November, we had a real solid run with our SS GreenLight Racing team and I think what we learned in that race can help us this weekend.

“My goal is to get us a top-15 finish on Saturday and end the West Coast Swing on an upswing heading back to the east coast and Atlanta Motor Speedway next week.”

“I’m really hoping for a good weekend in my Phoenix Raceway debut. The start of the 2020 NASCAR Xfinity Series season hasn’t gone as we had hoped, but it hasn’t been from the lack of effort from my guys on the SS GreenLight Racing team.

“They have given me very competitive No. 08 Core Development Group | EAT SLEEP RACE Chevrolet Camaros, we just haven’t had the best of luck. We hope to change that tune and end the West Coast Swing on a high note.”

As one of the most tenured teams in all of NASCAR, SS GreenLight Racing has been a developmental hub for drivers looking to climb the ranks. Led by owner and former driver Bobby Dotter, the team has fielded entries in either the NASCAR Gander RV & Outdoors Truck Series or the Xfinity Series competition since 2001.

AUSTIN CINDRIC, No. 22 Carquest Auto Parts Ford Mustang -- WHAT HAPPENED WITH YOU AND HARRISON BURTON? “He just threw a block on the frontstretch and at that part of the racetrack the cars really unloaded.
Read more