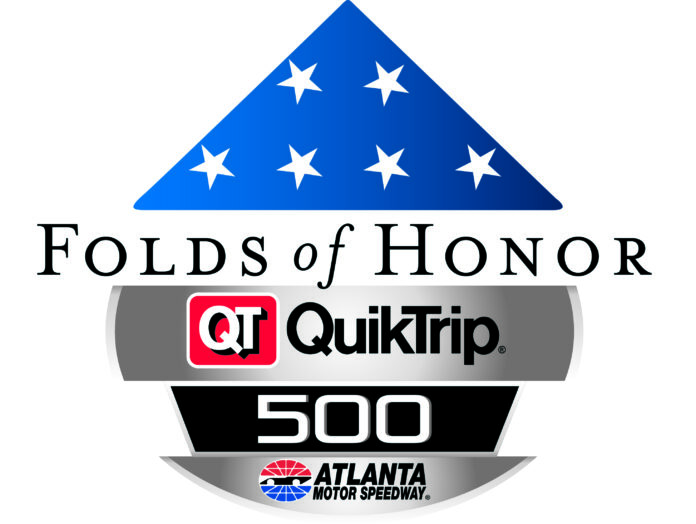 Chevrolet is the most successful manufacturer at Atlanta Motor Speedway in NASCAR Cup Series competition with 40 victories in 112 races. The Bowtie brand has also registered 25 pole starts, 190 top-five and 378 top-10 finishes. Dale Earnhardt is the most successful driver at the 1.54-mile tri-oval with nine victories, all behind the wheel of a Chevrolet, and Chevrolet team owner Rick Hendrick leads the way with 14 wins.

CELEBRATING 60 YEARS
Atlanta Motor Speedway hosted its first NASCAR Cup Series race in 1960. Fireball Roberts, driving a Pontiac, won the inaugural race from the pole on July 31. The GM brand won four of the initial five races at the track. Chevrolet claimed its first win in October 1962 with Rex White behind the wheel of an Impala.

CHEVY DRIVERS MAKE BIG MOVE
Chevrolet drivers Chase Elliott, Alex Bowman and Jimmie Johnson are in the top-five of the Cup Series standings after four races, which is a dramatic shift from the same point in 2019. Combined, they have gained 32 positions over 2019 (Elliott +10 spots to third; Bowman +12 to fourth; Johnson +10 to fifth). Also, Kyle Larson is seventh in the standings.

HOW THE WEST WAS WON
Chevrolet led all manufacturers with 14 top-10 finishes on the three-race western swing, which included a victory at Auto Club Speedway by Alex Bowman. Kyle Larson, No. 42 Clover Camaro ZL1 1LE, is one of two drivers to start every race in the top 10 and one of two to finish three or more times in the top 10.

The only way to ensure you get the proper repairs to get you back on the road is to have a technician at Excessive Performance that has the tools and know-how to properly diagnose your vehicle.  Our technicians use the latest technology to not only tell you if there are any issues with your vehicle, but show you.

BY THE NUMBERS:
* Victories by current Chevrolet drivers at Atlanta Motor Speedway:
Jimmie Johnson, No. 48 Ally Camaro ZL1 1LE, has five wins (2004, twice in ’07, ’15 and ’16)
Kurt Busch, No. 1 Monster Energy Camaro ZL1 1LE, has three wins (2002, ’09 and ’10)
* Atlanta is one of eight tracks on the 2020 schedule where Chevrolet has earned 40 or more wins. The others: Bristol Motor Speedway, Charlotte Motor Speedway, Darlington Raceway, Daytona International Speedway, Dover International Speedway, Martinsville Speedway and Talladega Superspeedway.
* Johnson needs one win to tie Bobby Allison and Darrell Waltrip for fifth on the all-time victory list with 84.
* Johnson’s consecutive starts streak has reached 652. It started at the Daytona 500 to kick off the 2002 season. Jeff Gordon holds the record at 797 (1992-2015).
* Chase Elliott leads all drivers with 186 laps led through four races.
* Chevrolet has won 39 Monster Energy NASCAR Cup Series Manufacturer Championships.

QUOTABLE QUOTES:
CHASE ELLIOTT, NO. 9 NAPA AUTO PARTS CAMARO ZL1 1LE – 3rd IN STANDINGS
“Atlanta was kind of my first 1.5-mile with the No. 24 team at the time and I thought things went really good. In 2017, we went back and were even better. I thought we had a real chance that day. And then in ’18 and ’19 have been dismal. So, hopefully this weekend is better and you never want to run bad at your home track. So, hopefully we can turn that around. I feel like it’s been a rough go the past two years. So, yeah, hopefully we can improve and be back like we were in 2017.”

ALEX BOWMAN, NO. 88 AXALTA CAMARO ZL1 1LE – 4th IN STANDINGS
THOUGHTS GOING INTO ATLANTA WITH HOW STRONG HENDRICK MOTORSPORTS’ INTERMEDIATE PROGRAM IS?
“We should be good. Atlanta is a lot of fun. I’m excited about the new Camaro ZL1 1LE and what we’ve seen with it so far. I think we can be really strong there. It’s another place where you can move around a lot. Tire management is really key. You can move to the top and pass a lot of cars and five laps later, you’re going backwards. So, managing that is a lot of fun. It should be a good race for us.”

RICKY STENHOUSE JR., NO. 47 KROGER CAMARO ZL1 1LE – 17th IN STANDINGS
“I’m looking forward to the next two 1.5-mile tracks, including Atlanta Motor Speedway. With strategy, we were able to capitalize in Las Vegas earlier this year and get a top-five day for us. The speed in our intermediate program is there at JTG Daugherty Racing in this No 47 Kroger Camaro ZL1 1LE. I know the team has run well at Atlanta in the past and at some of these 500-mile intermediate track races and I think we can keep our momentum up and have a really strong day on Sunday.”

BUBBA WALLACE, NO. 43 VICTORY JUNCTION CAMARO ZL1 1LE – 18th IN STANDINGS
THOUGHTS GOING INTO ATLANTA WITH YOUR INTERMEDIATE PROGRAM?
“Atlanta Motor Speedway has been a place that we’ve kind of struggled at as a team. It has always been the second race of the season and we just never really got a good balance. So, this year, we have a couple of intermediate tracks under our belt. We have some good notes to look back on. We weren’t too great at Fontana; we missed it by a little bit. We’ll go to Atlanta and come with a different package than we have in the past based off of our first two intermediate races this year.”

WILLIAM BYRON, NO. 24 LIBERTY UNIVERSITY CAMARO ZL1 1LE – 19th IN STANDINGS
IS ATLANTA ONE OF THOSE TRACK THAT YOU WOULD HATE TO SEE IT GET REPAVED?
“Oh yeah. I mean I don’t think Atlanta is a bumpy track, but it’s just really worn out and slick. The rubber doesn’t really build up there, it just stays slick all the time. It’s a very interesting track because of it. We only go there once year, like Auto Club, so you have to go in with a different mindset this weekend and learn what you can.”

AUSTIN DILLON, NO. 3 SYMBICORT CAMARO ZL1 1LE – 20th IN STANDINGS
ATLANTA MOTOR SPEEDWAY IS ANOTHER TRACK WHERE THE AMONG THE FAVORITE OF THE DRIVERS, AM I RIGHT?
“Exactly. We make sure when we go to Atlanta Motor Speedway that we don’t pray for rain. We don’t want any rain because it’s going to be a long day drying that place. It is old. It weeps, but I’m glad they’ve kept it the same. It’s a place that drivers love because you know it’s going to be slick and over time you might be able to find some grip by moving around or changing your line and being disciplined with the throttle.”

TY DILLON, NO. 13 GEICO CAMARO ZL1 1LE – 24th IN STANDINGS
DOES ATLANTA NEED TO LOOK AT NEW PAVEMENT? IT’S BEEN OVER 20 YEARS NOW ON THE SAME SURFACE.
“Yeah, I know. No matter when they do it, all the drivers are going to be upset. There is a certain point where they have to do what’s best for the track and I think once they decide to repave it, they should maybe dozer the whole thing and change it up. Maybe make it a short track or a road course, do something different. I don’t think we need more mile and a half tracks, I think we need to change up. If they want to get more and more people to Atlanta, they need to look at something different.”

IS THERE ANYTHING YOU CAN TAKE OUT OF THE RACE CAR FROM VEGAS TO ATLANTA, WITH BOTH BEING 1.5-MILE TRACKS BUT THEIR SURFACES BEING 15-20 YEARS APART?
“It’s getting closer. I think Vegas is wearing more and getting a little rougher. It’s not exactly the same. You can’t take the whole package to Atlanta, but it’s getting closer year by year. It’s just a matter of how long the surface stays the same in Atlanta. We will definitely have some different approaches going to Atlanta, compared to Vegas.”

RYAN PREECE, NO. 37 COTTONELLE CAMARO ZL1 1LE – 33rd IN STANDINGS
“Phoenix Raceway was a decent start in climbing out of this hole we’re in, and I’m looking forward to going to Atlanta Motor Speedway. We had a really strong run there last year until an incident on pit road caused damage and lost track position. The tire wear is so large at Atlanta with the track surface wear and I think it’s something that we can adjust to and plan for to get us another great run in the No. 37 Cottonelle Camaro ZL1 1LE.”
Chevrolet NASCAR Cup Series Statistics