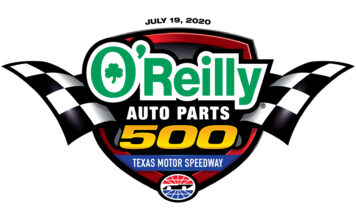 · Texas is typically run in the spring with a March-April event, but implications from COVID-19 pushed it to later in the schedule. The return trip to TMS is set for late October during the Round of 8 in the NASCAR Playoffs.

· The lineup for Sunday’s race will again be determined by a random draw based on teams’ order in owners’ points. Buescher and the No. 17 team are 22nd in points and will draw for a starting spot in the 13-24 group.

· Four weeks of NASCAR action were completed prior to the COVID-19 hiatus with races at Atlanta, Homestead, Texas, Bristol, Richmond, Talladega, Dover and Martinsville postponed.

· Most recently, Buescher crossed the line 20th and 19th in last season’s events.

· Buescher, a native of Prosper, Texas, made five Xfinity Series starts for Jack Roush, finishing ninth in 2015 in the No. 60.

· Lambert has one top-10 at Texas, a 10th-place run with Newman back in 2016. Most recently he finished 16th with Daniel Hemric last fall.

QUOTE WORTHY
Buescher on racing at Texas:
“I’m personally excited to get back home to Texas this weekend. We’ve been trying some new things with our 1.5-mile program the last few weeks, so we’re anxious to see what we’ve got. I’m also excited to be in a Roush Performance Mustang this weekend and debuting their new look.”

Where They Rank
Buescher is 21st in driver points through 17 events, but within striking distance of the two spots ahead.

On the Car
Combining Ford’s 5.0L V8 engine with the ROUSH Phase 2 Supercharger, the ROUSH Stage 3 delivers 750 hp, 670 lb-ft of torque and a blistering 0-60 mph time of 3.6 seconds. Equipped in your choice of 6-speed manual or 10-speed automatic transmission, the power is yours to command. Inspired by Jack Roush’s legendary reputation for engineering excellence and top-notch performance, engineers and designers at ROUSH comb over every detail to create the ultimate driving experience. Learn more at ROUSHStage3.com.

About ROUSH Performance
ROUSH Performance was founded in 1995 by motorsports legend Jack Roush, the winningest name in racing. Combining performance engineering with entrepreneurship, ROUSH began selling designs he had created for his own team to the wider world of motorsports. Based out of Plymouth Township, Michigan, ROUSH Performance, a division of Roush Enterprises, designs, engineers and manufacturers completely assembled pre-titled vehicles, aftermarket performance parts, and superchargers for the global performance enthusiast market. For more on ROUSH, please visit ROUSHperformance.com or call 800.59.ROUSH.