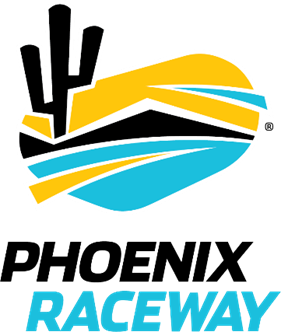 PHOENIX (September 30, 2020) – The Valley of the Sun will again play host to the NASCAR Championship Weekend in 2021. Phoenix Raceway, scheduled to host the championship for the first time this November, will host the championship event for the second consecutive year, November 5-7, 2021. The NASCAR Cup Series will also return to Phoenix for its annual spring event on Sunday, March 14.

“It’s an honor to once again be the host track for the most important weekend in our sport and it’s an opportunity all of us at Phoenix Raceway are extremely excited about,” said Phoenix Raceway President Julie Giese. “With the return of the NASCAR Championship Weekend, coupled with an action-packed spring event weekend, the 2021 schedule at Phoenix Raceway is set to be another memorable year for our fans, our local communities and the entire state of Arizona.”

Tickets for the Cup Series race on March 14 are on sale now and available for purchase by visiting PhoenixRaceway.com, or by calling the Phoenix Raceway ticket office at 866-408-RACE (7223). Fans looking to secure their spot at the 2021 NASCAR Championship Weekend as early as possible may do so now by locking in their 2021 season tickets at Phoenix Raceway. Fans can view the full 2021 NASCAR Cup Series schedule and purchase tickets at nascar.com/tickets later today.

Schedules for the Xfinity Series and Camping World Truck Series 2021 seasons will be announced in the near future. Start times and television networks for Cup Series races will be also announced at a later date.

Home to the 2020 NASCAR Championship Weekend, Phoenix Raceway has been the premier motorsports venue in the Southwest since 1964 and hosts two NASCAR race weekends each year. In 2020, the FanShield 500 Speed Fest Weekend, March 6-8, kicked off the race season at Phoenix Raceway, featuring the NASCAR Cup Series, NASCAR Xfinity Series and the new addition of the ARCA Menards Series. For the first time in the history of the sport, Phoenix Raceway will host the NASCAR Championship Weekend, November 6-8. Over the three-day event, champions will be crowned in the NASCAR Cup Series, NASCAR Xfinity Series, NASCAR Gander RV & Outdoors Truck Series and the ARCA Menards Series West. Phoenix Raceway also hosts a variety of events throughout the year, including corporate meetings and conferences, charity events, holiday events, sport and endurance competitions, driving schools and Segway tours. For more information, visit www.PhoenixRaceway.com.