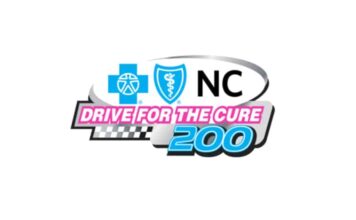 Michael Annett
No. 1 Pilot Flying J Chevrolet
• Michael Annett enters this week’s NASCAR Xfinity Series cutoff event for the Round of 8 12th in points, 38 below the cutline to advance.
• On road courses this season, Annett has scored two top-10 finishes at Indianapolis and Road America.
• As October is Breast Cancer Awareness Month, Annett will carry the name of family friend Diane Ramsey on his No. 1 Pilot Flying J Chevrolet this weekend. Ramsey is a close friend of Annett and his family and is bravely battling cancer. Her name will appear on Annett’s right-side door.
• Annett has 17 top-10 finishes and three in the top five so far this season.

Daniel Hemric
No. 8 OnDeck Capital Chevrolet
• Daniel Hemric and the No. 8 team currently sit sixth in the playoff grid for the owner’s championship, 10 points ahead of the eighth and final cutoff position with one race remaining in the Round of 12.
• In nine NXS starts on road courses, Hemric has earned three top fives, four top 10s and a best finish of second in the 2017 event at Mid-Ohio Sports Car Course.
• Hemric has also scored an additional two top-five finishes in six combined road course starts across the Truck Series and the NASCAR Cup Series.
• OnDeck Capital, the largest US online lender for small businesses, adorns the No. 8 for the second time in 2020.

Noah Gragson
No. 9 Lionel Chevrolet
• Noah Gragson currently sits third in the playoff standings, 47 points above the cutline with one race remaining in the Round of 12.
• Gragson has one start at the Charlotte Roval coming in 2019 where he finished fifth.
• In seven starts on road courses in the NXS, Gragson has earned five top fives, seven top 10s and an average finish of 5.0. Gragson’s best finish of third came on the road courses at Daytona and Indianapolis.
• In his last 10 series starts, Gragson has finished inside of the top 10 nine different times, including six straight.

Justin Allgaier
No. 7 BRANDT Professional Agriculture Chevrolet
• Justin Allgaier heads into the final race of the first round of the NXS Playoffs seventh in the standings. He’s currently 19 points above the cutline for the Round of 8.
• In two starts on the Charlotte Roval, Allgaier has one top five, finishing fourth last fall after starting seventh.
• This season on road courses, the 34-year-old driver has two top-10 finishes, with a best effort of seventh coming at Indianapolis.
• Overall, Allgaier has scored three victories, nine top fives and 21 top 10s in 31 starts on road courses in the NXS.
• Through 28 races this season, the Illinois native has three victories, 12 stage wins and has led 897 laps

“To have a runner-up finish taken away in post-race inspection this close to the cutoff race was a tough blow. We were in the playoffs at that point, too. That leaves us a lot of work to do this weekend at the Roval. Travis Mack and the No. 1 team have given me fast Pilot Flying J Chevrolets all year long, and the key to finishing well in these road-course events is to stay on the track. We’ll do that and do everything we can to win the race and keep going in the NASCAR Xfinity Series Playoffs.” – Michael Annett

“Being in the position we’re in after Talladega makes me that much more thankful for the wins and bonus points we earned before the playoffs. We definitely wish we had more of a cushion heading into to the Roval this weekend, but we’re still above the cutline and I feel like we’ve got a good track record on road courses. We just need to have a solid day, make no mistakes and maximize stage points with our BRANDT Camaro. I’m looking forward to the challenge and I know that I’ve got the best team that I could possibly have to get things done and move on to the next round.” – Justin Allgaier

“Any opportunity to race here in Charlotte is extremely special to me. From growing up racing on the quarter-mile here to competing across all three series here, it just carries a special meaning, especially since this is my home track. I feel really confident that we will unload with a really fast OnDeck Capital Chevrolet on Saturday. I have always enjoyed this layout at the Roval and road-course racing as a whole has been something that I’ve always enjoyed doing. So hopefully we can have a solid day and get this No. 8 team into the Round of 8 for the owner’s championship.” – Daniel Hemric

“I’m really looking forward to racing at the Charlotte Roval this weekend in my Lionel Racing Camaro. I enjoy road-course racing and have had success at road courses but the only thing I haven’t done yet is win at one in the Xfinity Series. That is the goal for this weekend to advance us into the Round of 8 and to give us a few extra playoff points along the way to help us further down the road.” – Noah Gragson

JRM Team Updates:
• JRM at the Roval: In eight previous starts at the Roval at Charlotte Motor Speedway, JRM has recorded two top fives and four top 10s with a best finish of fourth coming in this event last season with Justin Allgaier.
• JRM on Road Courses: JRM has netted four wins, 30 top fives and 65 top 10s in 125 starts on road courses in the NXS. Ron Fellows and Regan Smith earned the organization’s first two road course victories at Circuit Gilles Villeneuve in Montreal in 2008 and at Mid-Ohio Sports Car Course in 2015, while Justin Allgaier went to Victory Lane at Mid-Ohio and Road America in 2018.
• Driven by Die-Cast: This year marks 10 years since Lionel Racing was named The Official Die-Cast of NASCAR. Located near Charlotte Motor Speedway, the company continues to be “Driven by Die-Cast” and produces replica NASCAR cars and trucks that can be found at LionelRacing.com, official trackside merchandise trailers, authorized retailers and etailers, and in Walmart and Target stores nationwide.