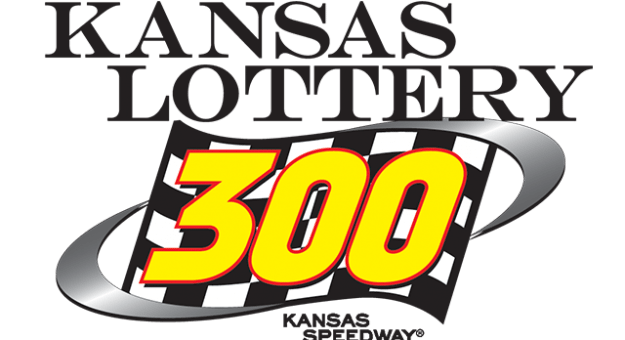 Michael Annett
No. 1 Allstate Parts and Service Chevrolet
• Michael Annett enters this weekend’s NASCAR Xfinity Series event at Kansas Speedway having finished fourth and eighth in his last two events on the 1.5-mile oval.
• Annett has 18 top-10 finishes and three in the top five so far this season, one short of tying his career high in top 10s (19) set last season with four races left this year.
• In 10 starts on 1.5-mile tracks this season, Annett has posted two top fives and eight top 10s.
• Annett’s No. 1 Chevrolet will carry the colors of Allstate Parts and Service this weekend. In two previous 2020 races with the paint scheme, Annett finished sixth and 10th.

Daniel Hemric
No. 8 Poppy Bank John Andretti Tribute Chevrolet
• Daniel Hemric and the No. 8 team enter the Round of 8 in the playoff grid for the owner’s championship as the eighth seed, 24 points behind the fourth and final cutoff position.
• Hemric earned a seventh-place finish earlier this season at Kansas.
• Overall, in three previous starts in the NXS at Kansas, Hemric has earned a best finish of second, coming in 2018.
• This weekend in Kansas, Hemric and the No. 8 team will again be honoring the life and legacy of John Andretti and the #CheckIt4Andretti campaign with Andretti’s 1995-96 Cup Series scheme.

Noah Gragson
No. 9 Bass Pro Shops / TrueTimber / Black Rifle Coffee Chevrolet
• Noah Gragson currently sits fourth in the playoff standings, just 35 points behind leader Chase Briscoe and is two points above the cutoff line to advance to the Championship 4.
• Gragson has four starts at Kansas Speedway between the Truck and Xfinity Series with one win coming during Gragson’s 2018 Truck Series campaign.
• At tracks between 1-2 miles in length, Gragson has 32 starts with 10 top fives, 23 top 10s and an average finish of 8.9.
• In his last 12 series starts, Gragson has notched 11 top-10 efforts, including the last seven consecutively.

Justin Allgaier
No. 7 BRANDT Professional Agriculture Chevrolet
• Justin Allgaier heads into the opening race of the Round of 8 third in the NXS Playoff standings, 10 points above the cutline for the Championship 4.
• In 10 NXS starts at Kansas, Allgaier has three top fives and seven top 10s with 17 laps led. Earlier this season, the Illinois native finished inside the top five in each of the first two stages and came home with a 10th-place finish.
• On tracks measuring 1.5-miles in length Allgaier has two victories, both of them coming at Chicagoland Speedway. This season, he has four top fives and seven top 10s in 10 starts on mile-and-a-half tracks, with three stage wins.

Driver Quotes
“As hard as it is not to have advanced to the Round of 8, there are plenty of opportunities for our No. 1 team to chase victories and good finishes yet this season. Kansas is a good track for us. We’ve been in good position to challenge for race wins there in the past, so we’re looking for another opportunity to do that this weekend. This No. 1 team has been great all season long, consistently fast, and there’s four more chances for us to earn another victory.” – Michael Annett

“The first round of the playoffs didn’t exactly go the way we wanted them to, so I’m extremely glad that we were able to advance to the Round of 8 and get a clean slate as we look ahead to Kansas. We’ve been fast on mile-and-a-half tracks this season and we ran well there earlier this season, so that gives me confidence going into this weekend. Jason Burdett (crew chief) and all the guys on this BRANDT Professional Agriculture team have been working hard and we’re ready to get things back on track and make a run for the championship.” – Justin Allgaier

“I’m definitely ready to head to Kansas with this No. 8 team and continue our fight for this owner’s championship. It’s great knowing that we made it into the Round of 8 and now we just need to go out and continue to execute and do what we can to make that final four in Phoenix. We had a really solid run here in July and I feel extremely confident that we can back that up again, especially with the return of the John Andretti Tribute scheme. I can’t thank Poppy Bank enough for allowing us to run this scheme again and hopefully we can come away with a really solid day for the entire Andretti family.” – Daniel Hemric

“Kansas is one of those tracks that doesn’t look great on the stats sheet for me in the Xfinity Series but I really enjoy running there. It’s similar to Homestead where you will see us up against the wall and that’s where I am the most comfortable. Getting a win in the first race of the Round of 8 would be huge because it would instantly put us in to the Championship 4 and contending for a championship in Phoenix.” – Noah Gragson

JRM Team Updates:
• JRM at Kansas: In 40 NXS starts in the Land of Oz, JRM has scored 12 top fives and 22 top 10s, with a best finish of second occurring in 2014 with Kevin Harvick and 2016 with Elliott Sadler. JRM drivers Daniel Hemric, Michael Annett and Justin Allgaier came away with three top-10 finishes in the first event at Kansas earlier this season.
• JRM’s 1.5-Mile Success: Of JRM’s 51 victories in the NXS, 12 (23.5 percent) have come on 1.5-mile tracks. Mark Martin scored the organization’s first victory on a mile-and-a-half on March 1, 2008 at Las Vegas Motor Speedway with Tyler Reddick earning the most recent victory at
Homestead-Miami Speedway on Nov. 17, 2018.
• JRM in the Round of 8: Since the elimination format began for the NASCAR playoffs in 2016, JR Motorsports has claimed two wins, 14 top fives and 23 top 10s in the Round of 8. Both of JRM’s victories in the Round of 8 came at Phoenix Raceway in 2017 and 2019 with William Byron and Justin Allgaier, respectively.
• #CheckIt4Andretti: In April of 2017, John Andretti was diagnosed with Stage 4 Colon Cancer. As a result of his diagnoses, Andretti chose to use his voice and his platform to launch the #Checkit4Andretti campaign in order to increase the public’s awareness of the importance of colonoscopies and urge people to visit a doctor and schedule a colonoscopy regardless of their age.