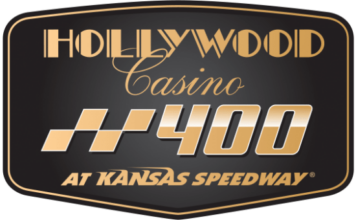 PLANO, Texas (October 14, 2020) – It’s the first race in the Round of 8 for all three NASCAR national series as they return to Kansas Speedway this weekend, which will kick off with the championship race for the ARCA Menards Series.

Hamlin Looking for Three Straight … Denny Hamlin drove to the victory earlier this year at Kansas Speedway – one of his seven wins this season. Hamlin led the final 13 laps to score the win. He also won this race last fall in dominating fashion, leading 153 laps (of 277). Hamlin also has an additional win at Kansas Speedway in 2012. He begins the Round of 8 with a 22-point advantage over the Championship 4 cut line.

Truex Has Own Winning History at Kansas… Hamlin’s Joe Gibbs Racing teammate and fellow Round of 8 Playoff contender Martin Truex Jr. has his own Kansas success. He swept the races at Kansas Speedway in his 2017 Cup Series championship season, leading nearly 200 combined laps. Truex begins the Round of 8 as the sixth seed, 10 points behind the cutoff.

There’s Nothing Like Kansas for Jones… The Round of 8 starts at the perfect spot for NASCAR Xfinity Series (NXS) Playoff contender Brandon Jones. Jones has won the last two NXS races at Kansas Speedway. He drove to his first career NXS victory at Kansas last fall and followed that with an incredible final restart to earn another triumph there in July.

Hill Returns a Kansas Winner… The NASCAR Gander RV & Outdoors Truck Series returns to Kansas Speedway for the third time this season, which is just fine for regular season champion Austin Hill. Hill clinched his Playoff berth earlier this season with a victory at Kansas, and he goes into this weekend tied for the championship lead. Hill is also scheduled to compete in the NXS race this weekend.

Peters Returns… Former Toyota winner Timothy Peters makes his 2020 debut as a fill-in for Stewart Friesen this weekend at Kansas Speedway. The driver swap is due to a recent schedule change by NASCAR to move the race from Friday to Saturday, which resulted in a conflict for Friesen. Peters is the 2011 Truck Series championship runner-up and has driven a Tundra to 10 of his 11 career victories. He previously drove to a runner-up finish at Kansas Speedway in 2012.

Championship Race for Self… After 19 races, it all comes down to Kansas Speedway for Michael Self. Self comes into the ARCA Racing Series season finale at Kansas Speedway in second place in the point standings, just eight points behind leader Bret Holmes. Self is at one of his best tracks to attempt to take over the lead. He scored his first career ARCA victory at the track in 2017 and has scored four top-three finishes in his career.

Looking for 100… Toyota looks to close out the ARCA Menards Series season with its 100th national ARCA Menards Series victory. Toyota is scheduled to have five Camrys in the field with Venturini Motorsports running four with Self, Drew Dollar, Chandler Smith and Corey Heim. Ty Gibbs will also be behind the wheel of his Camry for Joe Gibbs Racing.