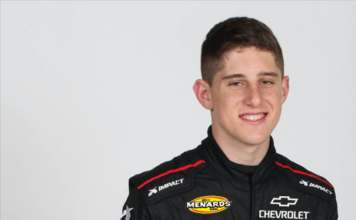 Sanchez will open his rookie season traveling to Daytona International Speedway for preseason testing at the world-famous 2.5-mile oval in Daytona Beach, Fla. The two-day ARCA Menards Series event takes place January 15-16. Drivers in attendance will test their skill and equipment in preparation for the season opener at Daytona International Speedway on February 13. The Lucas Oil 200 Driven by General Tire will at 1:30 p.m. ET on FS1.

“I could not be more excited to take this next step in my career,” Sanchez said. “The guys have worked extremely hard to prepare the No. 6 UTI/NTI Max Siegel Inc. Chevrolet for the 2021 season. We will continue to focus on growth and build on the momentum we have continued to see over the last several years.”

In 2019, Sanchez made his series debut in the NASCAR K&N Pro Series East, earning two top 10s and a pole in just three races. Sanchez also earned his first two victories in the NASCAR Whelen All-American Series at Langley Speedway and Myrtle Beach Speedway that year. The NASCAR Drive for Diversity Youth Development Program alum competed in 2017 and 2018 at the Bojangles’ Summer Shootout at Charlotte Motor Speedway. In his 2018 Legend car season with Rev Racing, Sanchez earned five podium finishes, six top 5s and one win in the Pro Series class.

The 2021 Rev Racing roster and NASCAR Drive for Diversity Driver Development Program class will be officially announced in early February.

ABOUT REV RACING: Headquartered in Concord, NC, Rev Racing, owned by Max Siegel, operates the NASCAR Drive for Diversity Program, which is the industry’s leading developmental program for ethnic minorities and women drivers and pit crew members. For more information about Rev Racing visit http://revracing.net or follow us on Twitter @RevRacin.