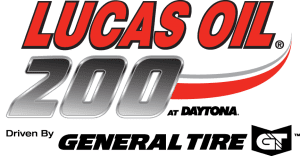 Gray on Daytona: “Seat time and experience are so important when it comes to superspeedway racing. One of the biggest things I lack is that experience since I have only been able to run Daytona twice in my career. I wanted to run the ARCA race to give myself another opportunity to learn as much as possible. It’s really cool to be able to do that with Ripper Coffee Company onboard and hopefully we can be around at the end of 80 laps to contend for the win.”

Moffitt on Daytona: “I’m really excited heading into Daytona this year. We showed really good speed at the test a few weeks ago and in both superspeedway races last season. With the experience we have together as a team, I am really confident that we have a good shot to win the race as long as we are there at the end.”