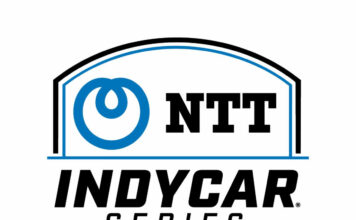 THE MODERATOR: We are joined by Charlie Kimball, driver of the No. 11 Tresiba Chevrolet for A.J. Foyt Racing. Charlie will race this year in the GMR Grand Prix on the road course at the Indianapolis Motor Speedway on May 15th, then the big bopper, the Indianapolis 500 on Sunday, May 30th.
Thanks for coming in.
CHARLIE KIMBALL: Thank you.

THE MODERATOR: Short program this year. How are the preparations going, especially considering the team you’re driving for is looking really strong in testing?
CHARLIE KIMBALL: Yeah, it showed pretty well I think the work we put in last year in races because we didn’t have the opportunity for a lot of testing. The race development, the development we did during races, seems to have been paying off in the off-season so far.
I think as a team, that momentum is quietly building and growing pretty consistently. The engineers, the mechanics are all working really well together. Sebastien and Dalton seem to be working well together, which bodes well as we get towards the month of May program.
To me it means a lot to continue the relationship with Novo Nordisk. This is our 13th year together now, two years in Indy Lights, and a decade in INDYCAR. The relationship to be able to continue to support and advocate for the diabetes community through the motorsports program.
As I joke, it’s a cause close to my heart and my pancreas. Really appreciate their years of support and being able to support the diabetes community in that way.

THE MODERATOR: How tough is it for you to get ramped up mentally for a shorter program rather than a full season? When you see everybody else, they’ll be on the track. A little bit tighter this year with Barber only being a few weeks before the month of May. But to know it’s May and May only, is that tougher for you?
CHARLIE KIMBALL: I think it may almost be easier in that all that I have to think about is three weeks. It’s two races. The GMR Grand Prix, qualifying weekend for the Indy 500, then 500 miles. The rest is secondary to that, which is nice.
The goal is definitely to win the biggest race in the world for A.J. Foyt, put another baby Borg on his shelf. It allows me to be a little more hyper-focused on the job at hand, the races I am in this year.

THE MODERATOR: We’ll take questions.
Q. It was interesting you come in right after T.K. there. He was talking all about how he’s filling the rest of his time. Have you got any other plans? You’re probably gold standard, so it’s difficult to get a ride in IMSA. What options have you got out there?
CHARLIE KIMBALL: Yeah, the sports car stuff is a little hard with the driver equalization, the licensing thing. They’re looking at evaluating that.
Options exist. I mean, I’ve always said have helmet, will travel. I love being at the racetrack one way or another. I plan to be at every INDYCAR race somehow this year. Still figuring out what that looks like.
But I listened to Tony’s response a little bit. My wife is going back to work full-time, so I get a little more time with the kids, which is great. A year old and a two-and-a-half year old, two mobile children is almost harder than a couple of sessions at Pit.Fit. Keeps me on my toes (smiling).

Q. When you say you would race in some capacity, obviously you and Josef are two of the most eloquent drivers we have, along with Hinch, would you be interested in getting behind the mic, talking about the sport?
CHARLIE KIMBALL: Well, I’ve always said that I have a face for radio, so I’m not sure that I’d be on for broadcast TV-wise.
Figuring out what that looks like. Still figuring out all of the off-season I’ve been working towards trying to get in the car as much as possible. That continues into and throughout the season, whatever that looks like.
At the same time it’s trying to fill my time, fill my days, and see if there’s a way to share my passion for INDYCAR and the Road to Indy and racing, tell that story if it’s broadcast or radio or something else that we haven’t thought of yet.

Q. Obviously you’re doing the races with A.J. Foyt this season. Do you think there might be a possibility to do more races with them later in the year depending on how the season goes?
CHARLIE KIMBALL: Trying to, absolutely. Like I said before, I have helmet, will travel. There are a few races that last year I didn’t get the opportunity to do because of the pandemic and didn’t do in 2019 because of my schedule of races. Highest among them is probably Long Beach, then Laguna and Portland. Those West Coast races are pretty close to home and special to me.
If there’s a way to put together a package for one or two or three of those, I’ll definitely do that. I’ve talked with Larry a little bit about it, Scott, the team manager about it, how it would look at that point.
Toronto is another race we didn’t get to last year in a full-time schedule that I always love racing north of the border.

Q. In terms of your expectations for this season, given the team have done well in testing, what are your hopes they’ll do this year?
CHARLIE KIMBALL: I think we had really good cars by the end of the road course events. If it was the Harvest Grand Prix or the Indy GP in July. Temperatures will all be a little different in the beginning of May than they were on July 4th when we raced there last year.
Pretty good cars for the Indy 500 last year in August. Kind of the nice thing about the 500 being in August, there hasn’t been too much time for development, but the time there has been, the team has been really efficient in taking those steps forward.
I know that Team Chevy has been working hard across the winter. I have a lot of confidence heading into both configurations of racetracks at the Indianapolis Motor Speedway when I’ll be behind the wheel.

Q. It is a direct focus kind of a season at this point. What do you think are your biggest challenges with A.J. Foyt going to the 500 and what do you want to work on the most?
CHARLIE KIMBALL: Well, I think the biggest challenge for me at least is getting up to speed as quickly as possible. I don’t think at the moment I have any test days or many test days planned before the GMR Grand Prix. When I get in the car for that first practice, I’ve got to be ready to go from lap one all the way through that weekend, make sure to take care of the car, take care of the engine, take care of the parts so when we roll into practice for the Indy 500, I’m ready to go.
I think the biggest challenge for me will be making sure that I can get the rust knocked off as soon as possible.

Q. Has there been any changes in your preparation now that you’re really focused, a dedicated focus for IMS?
CHARLIE KIMBALL: Training-wise, physically at least the (indiscernible) has adjusted a little bit. The first time I’m in the car is the middle of May, whereas a lot of drivers I’m training with are middle of April. I have an extra four weeks to build my fitness, to make sure that I am overly prepared for those two races, and able to take advantage of any opportunities, other things and additional opportunities that come my way throughout the year.

Q. How is the relationship with Dalton and Sebastien as it relates to trying to make certain setups right?
CHARLIE KIMBALL: Well, it’s really good. Working with Dalton, he obviously has an engineering degree, I see him a lot in the gym. Sebastien, I really enjoyed the races we got to work together, the test days at the beginning of last year pre-pandemic, then the Grand Prix of St. Petersburg last October was a lot of fun. Great results, two A.J. Foyt cars in the top 10. Then got to spend a little bit of downtime with Sebastien and his family after the race weekend, which was really neat.
I think that dynamic and personal connection means that when you get into the engineering office, things flow that much easier.

Q. Not the first time that a truncated Indy 500 type of season has ever been done and I hope you win.
CHARLIE KIMBALL: Appreciate it. Thank you.

Q. You know I’m into racing. I also know you have two kids. Do you ever think you could see your kids getting into racing like you?
CHARLIE KIMBALL: I hope they find the same passion that I have for racing in whatever they do. I know that sounds like such a dad answer, and I’m sorry for it. But it’s so true. I just hope that they find something they love as much as I love INDYCAR racing and love racing cars. Whatever that is, we will support them.
Sometimes I kind of hope they find maybe an easier, less stressful job than driving an INDYCAR. Yeah, maybe playing golf or something, not racing INDYCARS. At the same time if they do, I know my wife and I are going to be supportive of it.
Thanks, Asher. Great to hear from you.

THE MODERATOR: Charlie, we appreciate you coming in and taking the time. Looking forward to seeing you throughout the month of May, Indianapolis, best of luck to you.
CHARLIE KIMBALL: Thanks, guys.
FastScripts Transcript by ASAP Sports
Team Chevy high-resolution racing photos are available for editorial use.