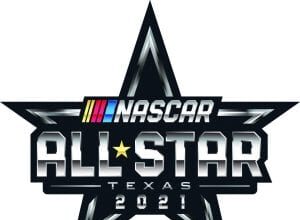 REGARDING NASCAR CHANGING THE PACKAGE FOR THE UPCOMING DAYTONA RACE IN AUGUST
“No, I think it’s the same for everybody as far as if it makes it more challenging or not. You know, I am interested to see what the racing is like. It seems like every time we slow the cars down we continue to push harder, so, it just seems to be a product of being a little more comfortable. If the speeds are that far down, I feel like bumping in the corners becomes more continuous and I don’t know how that will affect people kind of locking up like the Fords did. When the speeds were slower, I felt like the Fords were kind of able to lock together and push a little bit more. So, it will be a little more interesting, but they have to try something because obviously we are flipping cars. And that’s something no one wants to do. But if you look at the history of racing and all race cars, that is a product of racing, and it happens. That is a tough ask, but it is cool that they are trying.”

I ASSUME FLIPPING IN A SPRINT CAR VERSUS A STOCK CAR WOULD BE A BIT DIFFERENT
“Yeah, no doubt, its definitely different. Flipping at the speedway is, I would say, one of the worst situations because being one of the front cars in a pack flipping, then you have everyone else coming through the crash scene at a high rate of speed. Definitely not safe, but like I said, it happens in every form of racing, and I am glad they are trying to make it less likely to happen.”

LOOKING AHEAD TO NASHVILLE, ANY RACING MEMORIES FROM YEARS BACK OR EXPERIENCES THAT STAND OUT FROM YOUR TIME THERE AT NASHVILLE SUPERSPEEDWAY?
“Like you said, I spent a lot of time testing there and quite a few races as well. I remember the racetrack is difficult, its concrete, and one of the bigger concrete tracks that we have. It races different than a lot of racetracks do, with that concrete…..flat in areas. The racetrack is really wide, but I feel like we all want to fight for one area of the racetrack which is the bottom and bottom groove. It will be interesting to see since we haven’t had Cup cars on it and obviously the package that we have is totally different than anything that we tested at Nashville, back in the day as far as the Cup cars that we had. So, I am looking forward to it and I think its going to be a lot of unknowns. I know we all have a lot of notes because we tested there, and I hope that it lays down rubber. I hope the tire that Goodyear brings will lay down a decent amount of rubber so that we can start moving around and using different grooves.”

YOU WILL START FOURTH IN THE ALL-STAR OPEN, HOW DO YOU SEE YOUR CHANCES GIVEN THAT STARTING SPOT?
“Yeah, we struggled last year at Bristol which was odd for us as much as we like Bristol. But we have raced our way into the All-Star Race before and obviously having a good starting spot helps. You have to be one of three to win, so starting in the top four is definitely a bonus. This package with less horsepower, kind of anxious to see. I think the center of the corner speed might be a little higher, but your entry speed is going to be a little bit slower. I am not sure what that is going to do for racing, but I do know that track position is going to be key, especially with that short amount of laps. It will be about maintaining position, and putting ourselves in position to win one of the three segments. Hopefully we can get it done, we feel good about it.”

WHAT PERCENTAGE DO YOU RAMP UP YOUR AGGRESSIVENESS FOR AN EVENT LIKE THIS?
“You don’t have anything to lose, but you don’t want to crash a bunch of race cars just to crash them or tear up somebody else’s race car. So, we will all race hard, and Texas is a very fast race track, and I am hoping with the Truck race and the Xfinity race, I am hoping the PJ1 will be activated so we can run a few different grooves. I think that will be beneficial for us and I think it will be exciting. I think the thought process is that if we have less horsepower then maybe we can all run a little bit closer together. It hasn’t seemed to work anytime we have done that, but that is the thought process. So, we will see how it works out.”

REGARDING NEXTGEN, WHAT WILL YOU DO TO TRY TO PREPARE FOR THAT CAR AND DO YOUR HOMEWORK BEFORE YOU GET ON TRACK WITH IT?
“I think that is a really good question. Right now, for myself, I haven’t really worried about it and haven’t gone and looked at it. I haven’t sat in it and I have been kind of focused on what we have in front of us this year. I think a lot of the preparation is going to be from the team side and then obviously from the few tests that we will have, I am kind of hoping we can kind of get a handle on the race car and then really kind of prepare from there as far as what it drives likes, what you feel like you need in the race car to go fast, and then to be able to race around people and make passes. For me, I think a lot of that because I haven’t driven it yet, I can only go off of what other people say about that. I look forward to eventually getting behind the wheel of one and testing it and kind of making my decisions of what I need to do in the race car off of that.”

DO YOU THINK ITS IMPORTANT FOR DRIVERS TO DO THEIR HOMEWORK BEFORE RACING THIS CAR?
“Well, we all get in and show up and drive now and I don’t think its any different. Obviously, I do believe that the teams and drivers that have driven it, probably have definitely a leg up on everyone. Us at JTG,
we haven’t run the car and we haven’t had anybody at a test session, so you don’t know exactly how its going to be and there is only so much you can do outside a race cars. Obviously, simulators and things like that, but we don’t have access to that, so I will be using iRacing I reckon and go from there.”

10 RACES LEFT AFTER WE GET OUT OF TEXAS FOR THE REGULAR SEASON. HOW DO YOU FEEL ABOUT YOUR CHANCES TO GET IN THE PLAYOFFS?
“Yeah, our chances are still there. We don’t like exactly the position that we are in, but the opportunity is still there. We just have to go execute and perform. We were really consistent at the beginning of the year where we ran 11th to 15th to 17th range and we have to get back to that. If we can get back to that, and it all works out, then that is great. If not, we set off to be consistent at the beginning of the year, every week, and when you have a bad week like this past week, its all about trying to rebound. Its not a points race at Texas this weekend, but we can carry some good momentum from Texas to these last 10. So, we are looking to have a good All-Star performance in the Open and hopefully in the All-Star Race and carry that momentum to those last 10 races.”

WHAT DO YOU THINK ABOUT DONNY SCHATZ MAKING HIS NASCAR DEBUT AFTER ALL THESE YEARS?
“Yeah, he definitely should do it at Knoxville even though racing these types of cars or trucks on dirt, they really drive nothing like Donny has driven. But I know he will adapt really well and obviously he has got so many laps around Knoxville, and I believe they will really pay off. I think he is with a good team, and they have some good notes as far as dirt racing goes. So, I think he will do well, and I think he is just a great race car driver all around. I know he has driven some Silver Crown cars on pavement and things like that back in the day, so I know he is ready to adapt and its cool to finally see him jump in one.”

HOW DO YOU VIEW WHAT THE TEMPERAMENT OF THE FIELD IS AFTER SEVERAL ROAD COURSES, SHORT TRACKS AND DIRT TRACKS?
“Yeah, I think there is a lot better equipment throughout the entire field and like you said, everyone is a lot tighter and they are getting better. We all know that we have a job to do, and that is to perform. When people take those opportunities away from you, you get kind of frustrated with it. In road course races, I feel like people move each other out of the way and if you move someone, you better expect to get moved back. And that is part of it. The ones that just lay over and let it happen, it’s going to continue to happen. I think it is good to remind people who pays back and who doesn’t. It definitely is aggressive racing week in and week out. There are a lot of people who are tough to pass and put up a lot of fight for nothing, and those guys are the ones that end up getting moved more regularly. I do think us being in some slower corners on the road courses, the short tracks, and the dirt racing, you definitely have a better opportunity. None of us want to go crash somebody on, but in those slower corners you can move people out of the way without crashing and that is why you see more of it.”