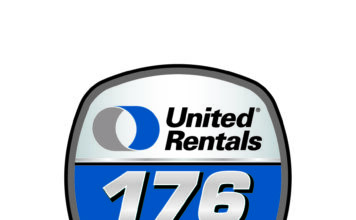 Chad Chastain on Racing at Watkins Glen: “I was excited to get the call to come race with Niece Motorsports in this great ‘Protect Your Melon’ Chevrolet,” said Chad Chastain. “I’m thankful to everyone at Niece Motorsports for their hard work and our great partners with Buckle up New York and the Governor’s Traffic Safety Committee. This will definitely be a new challenge, but I’m so excited for the opportunity and will do my best to make the most of it.”

While Saturday’s race marks Chad Chastain’s debut in the Truck Series, the Alva, Florida native is no stranger to racing.

He has amassed over 40 feature wins across the southeastern United States running everything from Late Models to FASCAR Pro-Trucks.

On the Truck: Chad Chastain will race the Protect Your Melon No. 45 Chevrolet in conjunction with the Governor’s Traffic Safety Committee and their Buckle Up New York initiative.

The Governor’s Traffic Safety Committee is giving New Yorkers a chance for a virtual meet and greet with Ross Chastain, who promotes the use of seat belts with the “Protect Your Melon” theme.

“I take a lot of pride in representing the Governor’s Traffic Safety Committee and promoting seat belt usage in New York,” said Ross Chastain. “From growing up on a farm to now racing at 200 mph, safety is key, and sometimes people need a simple reminder to buckle up. I am looking forward to visiting the Watkins Glen area before the race to remind people to buckle up and promoting the “Protect Your Melon” message with Niece Motorsports.”

Cutouts featuring Ross Chastain’s image are in 100 Tops Stores throughout New York. These cutouts will include a QR code. If customers scan the code, they will be entered to win a personal, one-on-one interview with Ross Chastain. Contestants will be asked to explain why wearing seat belts is important. Two winners will be selected later this summer.

The contest runs June 15- August 15. The zoom sessions for the two winners will be conducted on August 18.

About Niece Motorsports:
Niece Motorsports is owned by United States Marine Corps Veteran Al Niece. In 2021, Niece Motorsports enters its sixth season in the NASCAR Camping World Truck Series. Niece also owns Niece Equipment, which has for over 40 years provided clients with reliable products at competitive prices. Niece Equipment’s reputation is built on service, integrity and dependability. The company provides water and fuel/lube trucks that are engineered with quality and durability in mind for the construction and mining industry. Follow the team on Facebook and Instagram @NieceMotorsports as well as Twitter @NieceMotorsport.