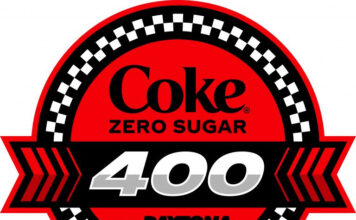 DAYTONA BEACH, Fla. (Aug. 11, 2021) – For drivers who have yet to taste the thrill of victory in the NASCAR Cup Series this season, there is still hope to make the 16-driver Playoff field, especially in the final “last-chance” Coke Zero Sugar 400 at Daytona International Speedway on Saturday, Aug. 28.

The last three winners of the Coke Zero Sugar 400 had not won a single Cup Series race in their entire career before their victory in the summer classic at the World Center of Racing. They are Erik Jones (2018), Justin Haley (2019) and William Byron (2020), who secured his spot after dueling with former Hendick Motorsports’ teammate and two-time DAYTONA 500 Champion Jimmie Johnson for the final playoff spot.

As a result, there’s a boost of confidence to the drivers below the playoff cut line who have not won a Cup Series race before. Alva’s Ross Chastain, along with Matt DiBenedetto, Bubba Wallace, Daniel Suarez, Chase Briscoe, Ryan Preece, Corey Lajoie and Anthony Alfredo are among those seeing their first trip to the Ruoff Mortgage Victory Lane, which in turn, would qualify them for the playoffs.

Tyler Reddick, who currently sits in the 16th and final playoff position just ahead of teammate Austin Dillon, has also yet to win a Cup Series race.

A key stat to look at also is the fact that none of the active Cup Series competitors have won the Coke Zero Sugar 400 more than once. There are currently 13 drivers who have captured a race this season and have clinched a playoff spot with just three races remaining. Only three playoff spots remain which leaves three drivers who are currently in the top 16 who haven’t won a race this season: co-points leader Denny Hamlin, Kevin Harvick and Reddick.

Will we see a first-time career winner? A new 2021 winner? The clock is ticking towards Daytona!

Fans can catch this exciting conclusion to the regular season – the Coke Zero Sugar 400 – by purchasing tickets starting at $49 for adults and $10 for kids 12 and under. Fans who purchase tickets to the race can also purchase access to the UNOH Fanzone for $60. Here, fans can participate in events before the race. This includes, but is not limited to, the return of the traditional Coke Zero Sugar 400 Pre-Race Concert featuring Chris Lane, pre-race ceremonies, driver introductions, access to the large grass ballfield, signing the start/finish line through the middle of the 18-degree, banked trioval. Also scheduled is LIVE entertainment on the main UNOH Fanzone Stage, including NASCAR Personalities Fan Q&A. Fans can also get photos with the winning trophies of the weekend in Ruoff Mortgage Victory Lane.

Tickets to the Xfinity Series Wawa 250 Powered by Coca-Cola are also available, starting at $35 for adults and FREE for kids 12 and under. The Wawa 250 takes place the day before the Coke Zero Sugar 400 on Friday, Aug. 27, and access to the UNOH Fanzone will be available before this race as well! A Two-Day Pass is available which includes access to the Coke Zero Sugar 400 on Saturday, and the Wawa 250 on Friday. These passes start at $69 for adults.

Tickets for the Coke Zero Sugar 400 and the Wawa 250 Powered by Coca-Cola can be purchased online at www.daytonainternationalspeedway.com or by calling 1-800-PITSHOP.

About Daytona International Speedway
Daytona International Speedway is a state-of-the-art motorsports facility and was awarded the SportsBusiness Journal’s prestigious Sports Business Award for Sports Facility of the Year in 2016. Daytona International Speedway is the home of The Great American Race – the DAYTONA 500. Though the season-opening NASCAR Cup Series event garners most of the attention – as well as the largest audience in motorsports – the approximately 500-acre motorsports complex, also known as the World Center of Racing, boasts the most diverse schedule of racing on the globe. In addition to at least nine major event weekends, the Speedway grounds are also used extensively for events that include concerts, civic and social gatherings, car shows, photo shoots, production vehicle testing and police motorcycle training.