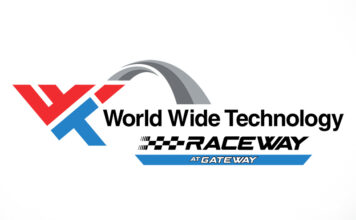 ST. LOUIS (December 14, 2021) – In the first months since its announcement, the June 5, 2022, NASCAR Cup Series race at World Wide Technology Raceway has earned significant fan and sponsor interest, generating thousands of ticket deposits and more than 500 inquiries for hospitality suites and on-site camping experiences. More than half of the available tickets for the race have been claimed by existing ticket holders with the balance available for public sale on December 15, 2021. Further, improvements outside the venue will upgrade the driver, race and fan experience as Ameren Illinois makes critical enhancements to bolster the local electric grid that serves customers in and around the racetrack, including upgrading the two circuits currently feeding the venue and adding a third circuit.

“We know the NASCAR Cup Series race is going to have a tremendous economic impact on the region,” said Richard J. Mark, chairman and president, Ameren Illinois. “This upgrade, which is part of our overall statewide plan to build a cleaner, greener, more resilient grid, plays a role in making WWTR a premier motorsports venue.”

The strong response is indicative of what the sporting world knows – the NASCAR Cup Series with its 80-million fans delivers millions of dollars each year to host communities. An economic impact study by The Rawlings Sports Business Management Department at Maryville University projects this race will produce at least $60 million in economic impact for the St. Louis market annually.

The WWTR team is managing many improvements to the venue, focusing heavily on the highly desirable infield experience including premium camping sites, a large interactive fan entertainment area adjacent to the garages, and upgraded driver and team owner access. The hospitality suite tower is undergoing renovation as well with updated interiors and an enhanced VIP entrance. More than $40 million in improvements are underway for the 2022 racing season, which will include the inaugural NASCAR Cup Series race at WWTR.

“We are receiving strong interest in naming rights for the race and will unveil our sponsor and related fan opportunities soon,” said Francois.

Ameren Illinois delivers energy to 1.2 million electric and 807,000 natural gas customers throughout central and southern Illinois. Our service territory covers more than 1,200 communities and 43,700 square miles and our mission is to power the quality of life. For more information, visit AmerenIllinois.com. Follow us on Twitter @AmerenIllinois and Facebook.