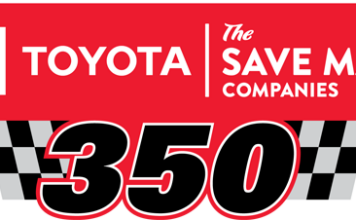 The first half of the NASCAR Cup Series season comes to a close this weekend as Sonoma Raceway hosts the 16th points race of the 2022 campaign. RFK has visited victory lane three times at the West coast road course with two wins in the Cup Series.

Looking for the Hat Trick in the ‘Golden State’
In 106 NCS starts at Sonoma, RFK has recorded two wins, 14 top-five finishes, 34 top-10 finishes and has led 274 laps. Former RFK driver Carl Edwards earned the organization’s most recent victory at the road course in 2014.

RFK has left the California road course victorious on two occasions in the NCS with former drivers Mark Martin and Carl Edwards. Martin earned the victory in 1997 after starting from the pole and leading 69 laps, while Edwards started fourth and led 26 laps in the 2014 running of this event.

As an organization, RFK has made 372 starts on road courses across NASCAR’s major touring series and has recorded 15 wins, 70 top-fives, 136 top-10s, 11 poles and 879 laps led. RFK has earned the most road course victories in the NASCAR Camping World Truck Series (six) followed by five in the NCS and four in the NASCAR Xfinity Series.

In 235 NCS starts in the state of California, RFK has scored nine wins, 44 top-fives, 87 top-10s and has led 1,715 laps at the tracks of Sonoma, Auto Club Speedway and Riverside International Raceway.