WWE Superstar Sheamus to be honorary starter for Ally 400 at Nashville Superspeedway on Sunday, June 26 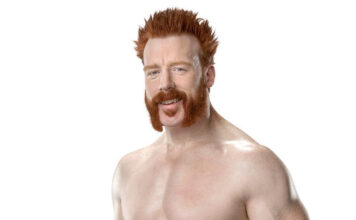 Sheamus will wave the green flag to start the race as America’s top drivers take on NASCAR’s biggest concrete track for the second consecutive year.

A Dublin, Ireland, native, Sheamus is a four-time WWE world champion, as well as a former U.S. Champion and Tag Team Champion. He first appeared on WWE’s main roster in 2009.

Sheamus has also appeared in several feature films, including “Teenage Mutant Ninja Turtles: Out of the Shadows,” “Fighting With My Family,” “The Buddy Games,” and “The Main Event.”

“We’re looking forward to welcoming Sheamus and his legion of fans to Nashville Superspeedway for our race weekend,” said Erik Moses, Nashville Superspeedway’s president and general manager. “Sheamus’ athletic feats have earned him a well-earned worldwide following. We can’t wait for him to experience #NASHCAR in all its glory and feel the thrill of waving the green flag from the flag stand later this month!”