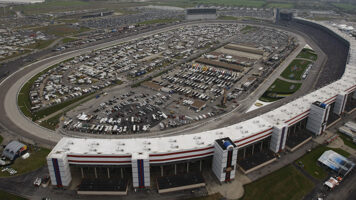 Following a year where NASCAR’s integrity came into question with multiple issues, they find themselves in a middle of yet another lawsuit.

Advanced Fluids alleges in its complaint that NASCAR illegally terminated the agreement because NASCAR did not give proper written notice that Advanced Fluids was in default and continued to talk to the company during the time it was trying to get the funding finalized. The company is asking for its sponsorship with NASCAR to be reinstated, in which the sponsorship is worth $6.295 million over seven years.

“AFS (Advanced Fluids Solutions) never performed … any terms of the contract,” NASCAR states in its response to the lawsuit as according to Sporting News.

Advanced Fluid Solutions agreed to pay that amount to market its new XP4 fuel and oil performance additive through the “NASCAR Performance” program. Their parntership was set to start in 2010, yet did not as Advanced Fluids had not paid the original $500,000 payment. The contract was executed in October 2009 and NASCAR terminated the deal in December 2009.

The lawsuit was filed by Advanced Fluid Solutions last month in Volusia County (Fla.) Circuit Court, and NASCAR had the case moved Friday to United States District Court in Orlando.

Last year, NASCAR found themselves in front of a lot of controversy through a lawsuit that Jeremy Mayfield filed with result to being suspended due to drug usage. They also faced a lawsuit a couple years ago from NASCAR ex-official Mauricia Grant due to racial discrimination.

Lawsuits are finding their way into NASCAR as the dollar goes up as NASCAR drivers Robby Gordon and Scott Speed have also found themselves in the middle of lawsuits over contracts.