A points system an Alabama mathematician can work out 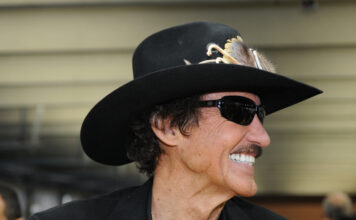 It has been an interesting off-season in NASCAR, and I’m not just talking about the snow in Dallas. We learned things, like the best mathematicians hail from such places as Alabama, Tennessee, Florida, and the Carolinas. For more than 30 years, afficionados in those locales have been able to figure out the sport’s points system, but it was deemed too tough for the newbees to master. [/media-credit]So, that brings us to the latest revamp of the way NASCAR determines its season champions. One point to the 43rd placed entry, 43 points for the winner, a 3 point victor bonus, a point for leading a lap, and one more for leading the most. I’m guessing that should be easy enough for those beleaguered Princeton and Harvard types to decipher.

The top ten make the Chase, have their points rejigged to 2000 to put them out of reach of the mere mortals, with three bonus points for each win up to that point. Among those sitting 11th to 20th, the most wins combined with the most points determines two more wildcard Chasers. If that proves too much for a potential fan to figure out, might I suggest soccer as a sport of choice. I mean, all one needs to is a field, a ball, and two pairs of rubber boots to play and the point count is usually so low anybody can calculate the winner.

In case you are wondering, according to my calculator, Jimmie Johnson and Kevin Harvick would have tied for the most points in the Chase using the new system, with Johnson getting the nod based on wins. You can’t get much closer than that. In a perfect world, wins should be worth more, but fans would quit watching if the final events merely led to a coronation. Too bad they can’t promote each race based on its own merits, but this is not a perfect world.

In a perfect world, Tony Stewart could take a working holiday to Australian and not get into a dust up. A flying helmet followed by some flying fists highlighted a trip that apparently also involved some actual racing, but no one is too interested in that aspect of the story. If that did not provide enough gossip, then surely the court ruling that makes the details of the Brian and Megan France divorce public should. Hey, it is not that I don’t love hearing things that are none of my damn business. I mean, I am human after all.

Crew Chief Frank Stoddard has a new racing team. That should give us another contender for that single point for each race, provided they qualify, before parking due to handling or vibration issues, or just not having enough money to buy tires or fuel to run an entire event. At least we won’t see anymore catch cans leaving the pits, as the new fuelling system eliminates that can and the guy holding it. No doubt another example of technology eliminating American jobs.

We hear Mark Martin will keep racing beyond 2011 and his tenure with Hendrick. Hopefully he really will get a chance to actually race, and not be just a part of the not-ready-for-prime timers. You just don’t tie a race horse, even an aging one, up to a beer wagon.

Sometimes the champagne set isn’t worth getting tied up with. Richard Petty Motorsports lives again, but no thanks to former partner George Gillett. After taking over Ray Evernham’s operation, merging it with Petty’s, Gillett is now long gone. It only took him three years to hit the bricks in NASCAR, only four years before losing his Liverpool soccer ownership, and just over nine before walking away from the NHL’s Montreal Canadiens. Anyone else notice a trend here?

Yet, some things last. Like a big track at Daytona, engines roaring to life, and a multitude of drivers, owners, crews, sponsors, and fans getting together to open yet another NASCAR season. The track is the same, but new asphalt now covers it which should make things very interesting when action resumes in a few short days.

There are questions that we seek answers to. Is Jimmie Johnson going to raise the hardware again come November, or is it Jeff Gordon’s turn for five. Maybe Tony Stewart, or a Busch brother has a date with destiny, or a fairy tale finish for Mark Martin? Will we see a return of Dale Earnhardt Jr to prominence? Will we notice a difference in the cars with a more streamlined splitter and factory inspired noses? One thing is for certain, with the curtain dropped on football and baseball still a few months away, the time for the cars to return has returned. You don’t have to be an Alabama mathematician to figure out that this is a good thing.

Ron Thornton
A former radio and television broadcaster, newspaper columnist, Little League baseball coach, Ron Thornton has been following NASCAR on this site since 2004. While his focus may have changed over recent years, he continues to make periodic appearances only when he has something to say. That makes him a rather unique journalist.
Previous articleDaytona’s Magical Aura: The Michael Waltrip Story
Next articleIt All Starts This Saturday Night