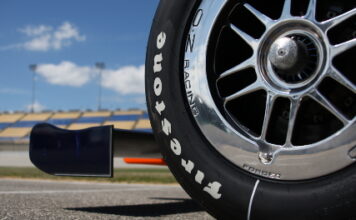 Longtime series partner Firestone will leave the IndyCar Series after the 2011 season, after Bridgestone and the Indy Racing League did not renew the contract that expires after this year. Firestone is the series’ tire supplier and the series sponsor of the Firestone Indy Lights series.

“It’s unfortunate to lose a great partner and ambassador for the sport like Firestone,” IndyCar CEO Randy Bernard said. “We are actively engaged in discussions with other tire manufacturers on opportunities to get involved in our sport as we prepare to debut our new car in 2012.”

Firestone has supplied tires for the IndyCar Series since 1996.