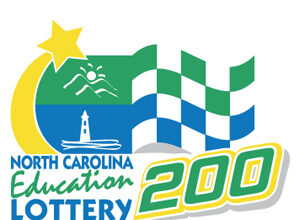 Busch picked up his 28th NCWTS victory this evening — including his 22nd win driving a Tundra. The Las Vegas- native now has the most wins by a Tundra driver in the series, surpassing the 21 victories by Todd Bodine.

Tonight’s win was Busch’s fourth this season. He picked up first-place trophies at Phoenix, Nashville and Dover earlier this season.

The win was Busch’s 97th national series victory — moving him into a tie for third-place on the all-time list with Dale Earnhardt and Darrell Waltrip.

Timothy Peters started from the pole and led 30 laps, before retiring from the race after 62 laps. He finished 32nd.

KYLE BUSCH, No. 18 NOS 8Toyota Tundra, Kyle Busch Motorsports Finishing Position: 1st Are you surprised to win this race? “Not tonight. I had an angel riding with me there on that last run of the race with Zahra Baker. (A 10-year-old disabled North Carolina girl who was found slain last year.) We didn’t have the truck to beat tonight — the 2 (Clint Bowyer) did. Somehow I found some more out of it and I’m going to say that I had some help tonight. It’s weird how things work. When you believe in it and you trust in it and you have faith in it — it will repay you. I can’t say enough about NOS Energy Drink, about this team — Kyle Busch Motorsports and all the guys. From Toyota, M&M’s, Flexco and Dollar General — this is a great night for us. To come out here with a special name on the side of the truck — it means a lot to Kyle Busch Motorsports and all of us — Speedway Children’s Charities and the community here around North Carolina, around Charlotte, around Hickory. It’s fun to come out here and do this kind of stuff.”

What did it mean to have Zahra Baker on the side of your truck? “I can’t say enough about Zahra Baker and her troubling story and what all she went through as a little girl. Unfortunately, her life was cut very, very short and we put her on the side of the truck tonight in order to give her some remembrance and some vindication maybe. I didn’t have the truck to win tonight and I think I had an angel riding with me. If you believe in that stuff, if you trust in that stuff and you have faith in it — it can come back and repay you. It means the world to me tonight.”

How did you recover from that early spin? “We spun out and we only lost like three or four spots and then we came to pit road, got new tires and Eric (Phillips, crew chief) made a bunch of changes. I don’t know what he did, but he made some great calls there. Got me something that was definitely a lot better. It was drivable. We were just able to muster our way back up through there and once we got to second, I didn’t know if I could run him down. I had help and got up there and I got to him about three lengths back and I stalled out. I’m like, ‘I have to find something, I have to move around.’ Found it and got it. Thank Triad Racing Engines, Joe Gibbs Driven Racing Oil, Butler Seats and Camping World — of course the fans. It’s enjoyable to come out here and if a Cup guy is going to win it — it might as well be me.”

Did you fight handling issues with your truck? “I don’t know if it was the handling on my truck — I think it was the handling on everybody’s truck to be honest with you. Goodyear didn’t bring the right tire — I’ll admit that. The Cup tire is awesome — the Truck tire is horrible. I’m hoping we have a good tire for the Nationwide Series next week — it’s the Cup tire rather than this tire. They do a great job for us, but tonight it just wasn’t it. We did have troubles and we were really, really loose all day. We saw it with my truck in qualifying, Kimi’s (Raikkonen) truck — we just couldn’t get the truck in the race track. Once we got it tightened up there, it seemed like I could hold my own and hold the bottom of the race track. Then I got to Clint (Bowyer) and you couldn’t pass. The tires were just so hard that you would stall out and lose grip so you had to move around and find your own lane. Once I did that, it seemed like I could pass him.”

KYLE BUSCH, No. 18 NOS 8Toyota Tundra, Kyle Busch Motorsports (continued) How much do you watch the record books? “You kind of keep track of it a little bit, but I hear it through stats, you guys (media) maybe sometimes, some fans that come up to me asking me about all the wins. It’s definitely