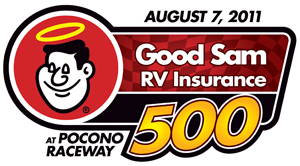 KURT BUSCH (No. 22 Shell/Pennzoil Dodge Charger R/T) Qualified Fifth “It was a decent qualifying effort. I told Steve (Addington, crew chief) we could really be scratching our heads if we were back 25th or so. To be fifth, that’s a great start. We’ll get a good pit box selection. In race trim, we’ve been struggling. This car has been tight with us all weekend. We’re going to jump out of our setup and go to Brad Keselowski’s (No. 2 Miller Lite Dodge Charger) setup. He went through a rough wreck earlier this week; it’s great to see him in the car, pushing hard. These young kids, they’re made like rubber bands, they can bounce back from anything. So we’re going to have to go to his setup to get our car freed up enough to try and win this bad boy on Sunday.”

BRAD KESELOWSKI (No. 2 Miller Lite Dodge Charger R/T) Qualified 13th “We had a really good Turn 3, a decent Turn 2, but the car bottomed out too much in Turn 1. We were really good yesterday in race trim, so we feel pretty good about that. We’ll have to fight through some traffic tomorrow. We’ll do what we can.”

ROBBY GORDON (No. 7 SPEED Energy Dodge Charger R/T) Qualified 38th “The grip was really good. We went over a second faster than what we did in the last practice. It’s all because of the grip in the track. We were a little tight in Turn 1 and 3, actually in Turn 2 also as I had to check up just a little bit. It was safe. That’s what we needed to do to get the car in the show and get back in the top 35.”

CAUTIOUS BUT AGGRESSIVE, THAT’S DIFFICULT; HOW DO YOU DO THAT? “There’s a fine line there. You have to put it in the show. You want to be aggressive, but you don’t want to hit the wall and not make the show. I feel good about my Dodge and I think we’ll be good in the race. We did a little race practice yesterday and it didn’t seem too bad. The most important thing for us is we score some good points this weekend.”

All three national series travel to Las Vegas Motor Speedway this weekend. There will be no practice or qualifying sessions due to COVID-19 protocols established by NASCAR.
Read more