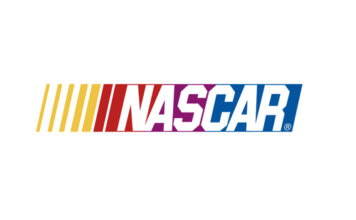 This multi-year agreement will continue to provide Federal-Mogul’s MOOG product and marketing team with a platform to enhance and differentiate its products and drive sales. The NASCAR Performance brand marks and intellectual property will appear on MOOG packaging as well as within the brand’s product literature, advertising and promotional programs, and at industry events.

“For more than 45 years, NASCAR has validated the performance of MOOG products under the toughest racing conditions,” said Todd Armstrong, managing director, NASCAR Automotive Group. “Just as NASCAR is the world’s premier motorsports innovator, Federal Mogul is the technology expert when it comes to providing quality, precision steering and suspension components to car owners, certified mechanics and race enthusiasts.”

MOOG products have been the preferred steering and suspension technology of NASCAR teams for more than four decades. In fact, every NASCAR Sprint Cup Series champion since 1966 has relied on MOOG products for exceptional on-track performance and durability.

The National Association for Stock Car Auto Racing, Inc. (NASCAR) is the sanctioning body for one of North America’s premier sports. NASCAR races are broadcast in more than 150 countries and in 20 languages. In the United States, races are broadcast on FOX, TNT, ABC/ESPN/ESPN2, SPEED and SiriusXM Satellite Radio. NASCAR fans are among the most brand-loyal in all of sports. As a result, more Fortune 100 companies participate in NASCAR than any other sport. NASCAR consists of three national series (NASCAR Sprint Cup Series, NASCAR Nationwide Series, and NASCAR Camping World Truck Series), four regional series, one local grassroots series, and two international series. Also part of NASCAR is GRAND-AM Road Racing, known for its competition on road courses with multiple classes of cars. NASCAR sanctions more than 1,200 races at 100 tracks in more than 30 U.S. states, Canada and Mexico. Based in Daytona Beach, Fla., NASCAR has offices in eight cities across North America. For more information and a complete schedule, visit www.nascar.com. Follow NASCAR on www.facebook.com/NASCAR or on Twitter: @NASCAR.

Federal-Mogul Corporation is a leading global supplier of powertrain and safety solutions to the world’s foremost original equipment manufacturers of automotive, commercial, aerospace, marine, rail and off-road vehicles; industrial, agricultural and power generation equipment; as well as the worldwide aftermarket. Federal-Mogul’s leading technology and innovation, lean manufacturing expertise, and global distribution network deliver world-class products, brands and services at a competitive cost. The company’s sustainable global profitable growth strategy creates value for its employees, customers and shareholders. Federal-Mogul was founded in Detroit in 1899. The company is headquartered in Southfield, Michigan, and employs approximately 45,000 people in 35 countries.

Federal-Mogul’s aftermarket products are sold under a variety of well-known brands, including: Abex®, AE®, ANCO®, Beral®, Carter®, Champion®, FP Diesel®, Fel-Pro®, Ferodo®, Glyco®, Goetze®, MOOG®, National®, Necto®, Nüral®, Payen®, Precision®, Sealed Power®, Speed-Pro® and Wagner®. All Federal-Mogul trademarks are owned by Federal-Mogul Corporation, or one or more of its subsidiaries, in one or more countries.