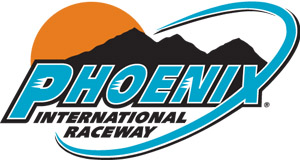 “Candlebox is going to get the crowd rocking on the main stage at Budweiser ROLL-BAR,” said Phoenix International Raceway President, Bryan R. Sperber. “By the time the concert is finished, fans are going to be as fired up as the drivers for the start of the SUBWAY Fresh Fit 500™.”

Known for their blend of hard rock and a contemporary sound, Candlebox is scheduled to release their fifth album, Love Stories and other Musings, on April 3 and will begin a six-week U.S. tour two days later.