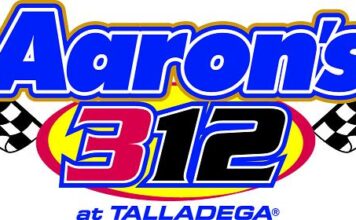 This week, NASCAR Nationwide Series Driver Tayler Malsam will make his first NNS start at Talladega Superspeedway aboard the #19 G-Oil Toyota Camry from TriStar Motorsports. Fans can tune into the Aaron’s 312 on Saturday, May 5 at 3 pm ET on ABC.

·    Currently in his first full season of Nationwide competition, Malsam, 23, stands 8th as the highest ranking Toyota driver in the 2012 NNS championship. He has been in the top 8 through all 7 races.

·    Tayler and TriStar teammate Mike Bliss are both in the top-ten and TriStar is the top non-Cup affiliated team in the 2012 NNS standings after the first seven races.

Talladega Record: Tayler visited Talladega Superspeedway as a rookie in the 2009 Camping Truck World Series, where he started 8th and finished 27th – He completed 64 (of 98) laps due to an accident.

Million Messages in May May is Global Youth Traffic Safety Month. As National Spokesman, Tayler will help send a “Million Messages in May” at Facebook.com/noyscommunity influencing up to 80 million people in the US and 200 Million worldwide to stay safe. He will join representatives from Recording Artists, Actors and Athletes Against Drunk Driving (RADD) and the National Organizations for Youth Safety (NOYS) on Capitol Hill in Washington, D.C. on May 7th and 8th for the official press event.

Batter Up! Tayler had the honor of throwing out the first pitch for two MLB games in recent weeks—For the Texas Rangers against the Seattle Mariners at Rangers Ballpark in Arlington, Texas, and for Malsam’s home team, the Seattle Mariners, in their game versus the Cleveland Indians at Seattle’s Safeco Field.

Tayler Malsam Comments: “I like the big fast tracks and they don’t come any bigger or faster than Talladega. We want the car to work well in the draft and then find the right drafting partners. The biggest thing is to stay out of trouble and have a clean run.”

Rick Carpenter Comments: “We took a very conservative approach at Daytona and got a break late in the race that helped us to finish 6th. We did not allow Tayler to draft in practice at Daytona, which meant in the race no one wanted to work with us in the draft. For Talladega, we promised Tayler that we would let the leash out a bit so that he can draft in practice. Tayler likes the big tracks. He had a top ten finish and a top 6 qualifying at Daytona in the Truck Series and a 6th place finish for us in his first Nationwide race there.”

“Eddie (Pardue) and the #19 G-OIL Toyota crew will be trying to come up with a good set up and help Tayler learn the track. Tayler has run hard every lap at every race all year and he is learning the Nationwide cars and tracks very quickly.”

Please visit www.getG.com for the latest news and in depth information about Green Earth Technologies, Inc. (G.E.T.) and their brands.