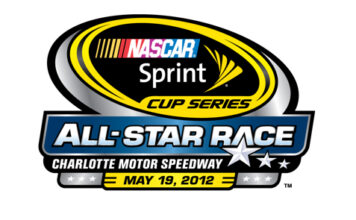 While NASCAR Sprint Cup Series points-leader Greg Biffle punched his card into the race field with his victory at Texas Motor Speedway in April, hundreds of thousands of NASCAR fans are casting votes for their favorite Sprint Fan Vote eligible drivers. And some names on the ballot might surprise even the most diehard NASCAR fan.

Voting will continue until 5 p.m. (EDT) Saturday, May 19. Fans can vote by visiting Sprint.com/Speed, using the NASCAR Sprint Cup Mobile application on Sprint Android devices or by texting “VOTE” to 229466 on any wireless carrier (standard text messaging and data rates apply). As an added incentive for Sprint customers, votes submitted from a Sprint, Nextel, Boost or Virgin Mobile device will count double toward an eligible driver’s total.

Voting is also open at NASCAR.com/AllStar or by visiting the Sprint Experience, Sprint’s mobile-marketing display located in the midway at all NASCAR Sprint Cup Series races.

The driver who accumulates the most votes and finishes the Sprint Showdown qualifying race on the lead lap with a car in “raceable” condition (as determined by NASCAR competition) will earn a spot in the prestigious NASCAR Sprint All-Star Race field.

Sprint Nextel offers a comprehensive range of wireless and wireline communications services bringing the freedom of mobility to consumers, businesses and government users. Sprint Nextel served more than 56 million customers at the end of the first quarter of 2012 and is widely recognized for developing, engineering and deploying innovative technologies, including the first wireless 4G service from a national carrier in the United States; offering industry-leading mobile data services, leading prepaid brands including Virgin Mobile USA, Boost Mobile, and Assurance Wireless; instant national and international push-to-talk capabilities; and a global Tier 1 Internet backbone. Newsweek ranked Sprint No. 3 in its 2011 Green Rankings, listing it as one of the nation’s greenest companies, the highest of any telecommunications company. You can learn more and visit Sprint at www.sprint.com or www.facebook.com/sprint and www.twitter.com/sprint.

To learn more about Sprint programs that protect the environment, go to www.sprint.com/responsibility or follow @SprintGreenNews on Twitter.