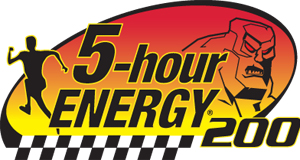 Where It All Started … Townley made his NASCAR Nationwide Series debut at Dover International Speedway on September 20, 2008. Driving RAB Racing’s No. 09 machine, the 22-year-old driver started 21st and finished 30th after an engine failure eliminated him from competition prematurely.

Townley at Dover … In three NASCAR Nationwide Series starts at Dover International Speedway, Townley’s best showing at the one-mile oval is an 18th-place finish, which he posted in September of 2009. Additionally, the 22-year-old driver posted a career-best eighth-place qualifying effort at the one-mile concrete oval in that same event.

Zipadelli at Dover… Crew chief of the No. 99 Barberitos Toyota Camry, Scott Zipadelli, has sat atop the pit box at Dover International Speedway eight times in his Nationwide Series career, amassing three top-ten finishes with drivers Jason Leffler and Wallace.

RAB at Dover … In addition to Townley’s three starts at the “Monster Mile,” RAB Racing with Brack Maggard fielded four Nationwide Series entries from 2010 to 2011 with drivers Chad McCumbee, Kelly Bires, and Kenny Wallace. The team’s best showing at the one-mile oval is a seventh-place finish, which was posted by Wallace in this event last year.

Double-Duty … Townley will not only compete in Saturday’s NASCAR Nationwide Series race, but he will also fulfill his full-time driving duties in Friday afternoon’s NASCAR Camping World Truck Series race, driving the No. 09 Barberitos Southwestern Grille Toyota Tundra. Live coverage of the event begins Friday, June 1 at 4:30 p.m. EDT. The race will be televised live on SPEED and broadcast worldwide on the Motor Racing Network and SiriusXM Satellite Radio. Catch the Action … Saturday’s Nationwide Series race at Dover International Speedway will be televised live Saturday, June 2 beginning at 1:30 p.m. EDT on ESPN and broadcast live on the Motor Racing Network. NASCAR Nationwide Series qualifying will be televised live Saturday, June 2 beginning at 10:40 a.m. EDT on ESPN 2.

“Pulling double duty for me at Dover is a great opportunity and I really appreciate Barberitos Southwestern Grille for making it possible. Getting back in a Nationwide Series car at Talladega Superspeedway a couple of weeks ago was really exciting for me, and I think that experience will be extremely beneficial this weekend at Dover.”