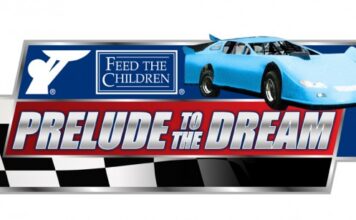 Prelude to the Dream

No. 31 BRANDT Chevrolet News and Notes

Allgaier Prelude Stats – Justin Allgaier will make his third start in the eighth annual Prelude to the Dream at Eldora Speedway. In his previous two starts, Allgaier scored a 26th-place finish (2010) and a fifth-place effort in last year’s event.

The Ride – Allgaier and Turner Motorsports NASCAR Nationwide Series partner, BRANDT has come on board to sponsor the No. 31 at Eldora again in 2012. Allgaier’s car is owned by Raymond Childress Racing and this is the second year he has driven for the owner.

Happy Birthday, Mr. Allgaier -On Wednesday, June 6, Allgaier will celebrate his 26th birthday. This is not the first birthday Allgaier has spent at Eldora Speedway. Ten years ago, on his 16th birthday, Allgaier spent the Dream weekend at the half-mile dirt track in Ohio.

Race of Champions – This year’s Prelude field contains the winners of over 60 racing titles. Allgaier earned a spot on this list, having won the 2008 ARCA Series Championship.

The Event – The eighth annual Feed the Children Prelude to the Dream will be again televised live on HBO Pay Per View at 8:00 p.m. EDT. Net proceeds from the telecast will support Feed the Children, a U.S.-based charity that has helped more than 365,000 families through its Americans Feeding Americans Caravan. Additionally, Feed the Children will send a food truck to each driver’s hometown (or city of their choice) that finishes the main event in the top-10.

Allgaier on the chance to drive in the Prelude:

“I’m thrilled to have the opportunity to race in the Prelude to the Dream for the third time. It is an awesome event for us as drivers as well as the fans. Tony [Stewart] does such a great job with all aspects of putting this race on. It’s great to see Feed the Children come on board as well. The things they do to help provide families and children with the food they need is just incredible. Thanks also to BRANDT for stepping up again and supporting me in this great event.”