Top Fifteen for Chastain at Dover 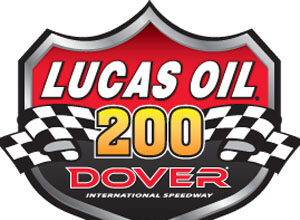 [/media-credit]Dover, DE – June 1, 2012. Rain shortened the NCWTS Lucas Oil 200 at the Dover International Speedway after 147 of the scheduled 200 laps on Friday afternoon leaving Ross Chastain in fifteenth place in the rundown behind Todd Bodine who was leading when the rain came for the second time halting the event.

“We were good right off the truck and I was able to pick up the track very quickly,” Chastain said. “We were 12th and 13th in the practice sessions and qualified 12th. The truck was just a little free.”

At the start of the race, Ross made a great move on the outside and by the end of the second lap he was into the top-ten and looking strong. “That was fun getting on the high side and picking up those spots right away, I knew we had a good truck.”

Some good luck finally came to the rookie driver on lap 29 when Ross was forced to dive to the inside when Jeb Burton and Cale Gale got together battling for position and spun directly in-front of the No. 08 Toyota. Ross was able to sneak past and narrowly avoided contact.

While Kevin Harvick was setting a blistering pace around the Monster Mile, Chastain hung around between the tenth and fifteenth positions for the first eighty laps. Ross would survive a spirited battle with Matt Crafton for the eleventh spot just before the fifth caution flew on lap 97.

Rain forced the race to be stopped for fifteen minutes at lap 112. Following a round of pitstops, Ross restarted the race seventeenth on lap 120 in position to make it to the end of scheduled 200 laps.

“We got bottled-up on one of the restarts and I got into the back of the truck in front of me and it pushed in the nose and bent up the splitter and that made our Georgia Watermelon Association Tundra tight,” Ross explained. “The SS Green Light guys were able to make repairs, but it put us back in the field. Our Toyota handled really good after that.”

“Miguel Paludo and I got together after the next restart and he had to check-up and I got into the back of him and punched a hole in the nose and that made us tight again. We knew the rain was coming but we needed to repair the truck and that cost us a couple spots.”

After the restart he quickly picked-up several positions to fifteenth, but the rain returned on lap 144 and NASCAR officials called the race after 147 laps with Todd Bodine leading.

“Hopefully we have all of our bad luck behind us now and we can get a few top-tens. We’ve had trucks fast enough, just some really bad luck. I can’t wait to get to Texas.”

Chastain picked-up two positions to twenty-third in the NCWTS point standings as the Truck Series heads to Texas next Friday evening for the WinStar World Casino 400K.