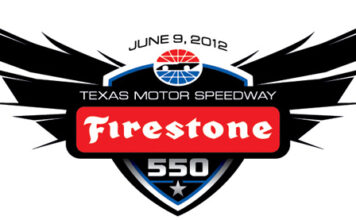 · Mike Conway on racing at Texas: “Previously at Texas, if you had to lift [off the throttle] because you couldn’t keep it flat due to the car’s setup, you went backwards. You have to have a good car and you have to be able to go flat the whole race. If you can’t get that, then you are going to struggle to move forward. We have to work as much as we can on race setup and get it really dialed in. The track is wide and has many different lanes, so we have to have a good car in trafficand one that’s good in all the lanes.”

· No. 14 will incur 10-spot grid penalty due to engine change: The ABC Supply crew will change their Honda engine this week prior to the race weekend. Although close to its scheduled 1800-mile rotation change, the engine is being replaced in the shop rather than after practice at the race track. The No. 14 will be assessed a 10-spot grid penalty after qualifying on Friday.

· Past performance at Texas: Conway’s debut at Texas in 2009 was plagued with gearbox issues, so he started and finished 19th; he didn’t race there in 2010 because he was recovering from injuries sustained at Indy. In 2011, there were problems during pit stops so his best finish of 17th came in the second race last year. The Foyt team’s best finish at Texas came in 1998 when they won with Billy Boat. The year before Boat had taken the checkered flag first but USAC Scorers ruled that he finished second and gave the win to Arie Luyendyk the next day (but Foyt still has the trophy).

· The Firestone 550 marks the 24th IndyCar race to be held at Texas Motor Speedway since the inaugural race in June, 1997. The 228-lap race returns to its single race format this year. There have been 17-different winners in the past 23 races with Helio Castroneves and Sam Hornish Jr. the only 3-time winners.

· ABC Supply roofing customer, Clear Fork Roofing, located in Abilene, TX, won the ‘Your Name Here’ contest for theFirestone 550 at Texas. The company name will be atop the sidepods of the No. 14 ABC Supply Dallara/Honda. Guests Gary Day and Laurie Bramlett will receive selectedmerchandise, race tickets, hospitality and garage passes, plus a Meet and Greet with A.J. Foyt and Mike Conway.

· Cosme Mesa will be the ABC Supply Honorary Crew Member of the race this weekend. Mesa works in San Antonio as a truck driver for the Company which has employed him since 2005.

· ABC Supply will entertain over 500 guests at Saturday’s race. Prior to 2012, the company had entertained over 35,000 guests at IndyCar races since it began sponsoring A.J. Foyt’s team in 2005.