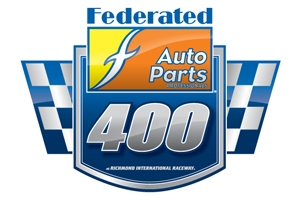 Richard Childress Racing teammates finished sixth (Jeff Burton), 10th (Kevin Harvick) and 23rd (Paul Menard). Harvick enters the 2012 Chase for the Sprint Cup seeded ninth, trailing point leader Denny Hamlin by 12 points. Menard ranks 17th in the NASCAR Sprint Cup Series driver championship standings, while Burton ranks 19th. Burton gained five positions over the final 40 laps, ranking him fourth in the NASCAR Loop Data statistic category of Closers. Burton made 46 Green Flag Passes and spent 331 Laps (82 percent) of the 400-lap event in the Top 15. According the NASCAR Post Race Loop Data Statistics, Harvick spent 385 Laps in the Top 15, tying him for third in the category. Harvick improved seven positions during the last 10 percent (40 laps) of the race, positioning him second the NASCAR Loop Data Statistics Closers category. Menard made 65 Green Flag Passes, ranking him ninth in that category according to NASCAR’s Loop Data Statistics. The next scheduled Sprint Cup Series race is the GEICO 400 at Chicagoland Speedway on Sunday, Sept. 16. The 27th race of the 2012 season is scheduled to be televised live on ESPN beginning at 1 p.m. Eastern Time and broadcast live on the Motor Racing Network and SiriusXM NASCAR Radio.

Paul Menard and the No. 27 Moen/Menards Team Battled Weather and Handling Issues to Finish 23rd at Richmond International Raceway

Paul Menard and the Moen/Menards Chevrolet team were plagued with handling issues throughout the 400-lap race that extended into the early Sunday morning hours under the lights of Richmond International Raceway, resulting in a 23rd-place finish. The start of the Federated Auto Parts 400 was delayed due to inclement weather in the greater Richmond, Va. area, but when the green flag was displayed, Menard started the NASCAR Sprint Cup Series event from the 25th position and quickly drove the Moen/Menards Chevrolet into the top 20. The momentum was short lived as the No. 27 machine developed a tight-handling condition in the center of the turns. Falling back to the 23rd position in the running order, acting crew chief Shane Wilson called for a series of chassis and air pressure adjustments in an effort to neutralize the car’s balance. Long green-flag runs allowed the leader to pass the Moen/Menards Chevrolet and a green-flag pit stop on lap 132 just before the lap-135 caution trapped the Eau Claire, Wis., native two laps down to the leader, in the 29th position. The Wilson-led team opted to take the wave around and regained one lap; however, as the field lined up for the ensuing restart, rain began to fall once again, resulting in a 51 minute red-flag period. When green-flag racing resumed, handling issues continued to torment the 32-year old driver. Numerous chassis and air pressure adjustments during routine pit stops offered little relief to the challenges Menard faced as he wheeled the No. 27 machine around the 0.75-mile short track. With only 11 cars on the lead lap at the checkered flag, Menard was scored in the 23rd position at the finish.

“We just couldn’t quite find the right adjustments tonight to help the Moen/Menards Chevrolet. We struggled with drive off and tightened the car up a little too much. It’s not the finish we hoped for, but these guys never gave up. This team has worked extremely hard all year and we were in contention again for a Wild Card berth in the Chase (for the NASCAR Sprint Cup). We’ll continue to go to the track every weekend with the goal of getting a win.”

Kevin Harvick and the No. 29 Budweiser team brought home a 10th-place finish in the rain-delayed Federated Auto Parts 400 at Richmond International Raceway Saturday night. The Richard Childress Racing driver started the 400-lap event from the 13th position and alerted his crew he was battling a loose-handling condition as he traveled around the 0.75-mile race track during the early laps of the final race of the Chase for the NASCAR Sprint Cup. Crew chief Gil Martin called Harvick to pit road on lap 47 during the competition caution for four tires and fuel, along with air pressure and chassis adjustments. The Bakersfield, Calif., native returned to the track in the 12th position for the ensuing restart and quickly worked his way into the top 10 by lap 51. As Harvick continued to move toward the front of the field he reported the No. 29 Chevrolet was handling well, but had become a touch tight in the middle of the corner and was still loose on exit. On lap 139, NASCAR officials displayed the yellow flag for rain and the Budweiser pit crew was called to action as Martin instructed Harvick to return to pit road for four fresh tires, fuel and another round of chassis adjustments. A few laps later, NASCAR officials brought the cars down pit road and displayed the red flag as the rain intensified. Following a 51-minute delay, green-flag racing resumed on lap 155 with the 36-year-old driver listed in the ninth position. As a slight threat of rain loomed, Harvick continued a charge toward the front of the field while battling the loose-handling condition on the Budweiser Chevrolet, but was able to work his way to the fourth position before ultimately crossing the finish line in 10th place. Following the 26th-points paying event, Harvick earned a position in the Chase for the NASCAR Sprint Cup and will start the 10-race “Chase” next weekend at Chicagoland Speedway as the ninth seed.

“This No. 29 team has been real competitive the last three weeks and raced at the front of the pack. That is what we have to do. Tonight we probably had a fourth-place Budweiser Chevrolet and thought it was going to rain there, but it didn’t. Then we pitted because we knew that we didn’t want to wind up in the boat that all those other guys were on old tires. All in all, we took a chance there with the rain, but we had a solid car and we have had a solid car the last three weeks.”

Jeff Burton and the No. 31 Caterpillar Chevrolet team persevered through the rain-delayed NASCAR Sprint Cup Series race under the lights at Richmond International Raceway and brought home a sixth-place finish in the Federated Auto Parts 400. After a rain shower postponed the start of the 400-lap event, the 45-year-old driver started the race from the 20th position and maneuvered into the top 15. Persistent rain forced NASCAR officials to display the red flag before the halfway point of the event and bring all competitors to pit road until the rain ceased. Once After 51 minutes of red-flag period, the cars returned to the track and the South Boston, Va. native reported to crew chief Drew Blickensderfer that the No.31 machine had developed a tight-handling condition in the middle of the 14-degree banked corners of the 0.75-mile facility, and during a long green-flag run, dropped one lap down to the leader. A lap-236 caution-flag period provided Burton the “Lucky Dog” award to return to the lead lap. As the leaders pitted under caution on lap 277 for routine service, the 21-time Sprint Cup Series race winner remained on the track and restarted in the top five. Burton climbed as high second-place, but the tight-handling condition continued to challenge the Richard Childress Racing driver until major chassis and air pressure adjustments were made on the final pit stop of the evening on lap 345. Burton reported to Blickensderfer throughout the final green-flag run that the RCR machine was the best it had been all evening. Burton passed five competitors throughout the final 10 percent of the race and finished in the sixth-position, marking his fifth top-10 finish of the 2012 Sprint Cup Series season. With the strong effort, Burton gained a spot in the Sprint Cup Series driver championship point standings, moving into 19th-place.

“I’ve been saying week after week how strong this team is getting and we proved that tonight with a hard-fought top-10 finish. I am happy and proud of everyone on the No. 31 Caterpillar Chevrolet team.”

Official Release
Previous articleJeff Gordon Chase Preview
Next articleThe Chase Is Set, But Make No Mistake, Gordon Is In!