Who wins the Chase? Lots of history and recent performance are telling 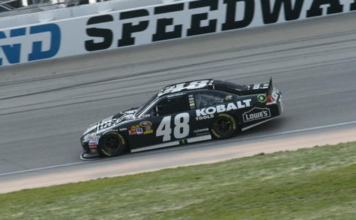 [/media-credit]It may seem silly, but there are those who have already decided that the Chase has two favorites, Brad Keselowski and Jimmie Johnson. There is something to be said for that, but the thought needs more investigation. It’s also useful to look at history and recent statistics. Those two categories tend to color things a bit.

First, history tells us a lot. Chevrolet drivers, especially Hendrick Motorsports drivers and those teams he supplies cars for, seem to have the upper hand. The fact is that for the last 20 years, Chevrolet drivers have won 16 championships, with 11 of them coming from Hendrick Motorsports. That’s quite a record. Only Ford drivers Alan Kulwicki, Dale Jarrett, Matt Kenseth, and Kurt Busch have dented that streak. And most of them are ancient history with the last Ford championship coming way back in 2004 when Busch did the trick. In this two decade period, Toyota and Dodge haven’t accomplished a championship.

Part of the reason for this is the tremendous advantage Chevrolet has in top teams competing week after week. On any given Sunday (or Saturday night), Chevrolet fields 11 top teams running Hendrick and Richard Childress motors or chassis. Ford usually fields only five similar teams, which is one of the reasons Penske Racing was added to the mix. That’s a huge advantage. With Hendrick or his satellite operation winning the last six championships, you have to consider them the favorites—and there are four of them.

Another thing to consider is recent performance. Surprisingly, the strongest performers over the last six races are Keselowski, Kyle Busch (who isn’t in the Chase), Clint Bowyer, Greg Biffle, and Kasey Kahne. If momentum has in factor in this championship, you have to consider that. Notable is that Hendrick drivers Dale Earnhardt, Jr., Johnson, and Jeff Gordon rank down the list. It makes things more confusing.

It would be a tremendous surprise to me if the champion is not one of the Hendrick Motorsports drivers. History is with them. Brad Keselowski. Bowyer, and Biffle have had their consistency problems and Johnson looks like he is ready to dominate. Kahne is surprisingly at the top of the field every race and the rest of the field is, to be honest, chasing (no pun intended).

It’s a little early to tell, but history and recent performance gives us a little insight to how this thing will play out. If I was a betting man, and I’m not, I would put my money on a Chevrolet driver and one from the Hendrick camp. We’ll visit this all during the Chase, but as for now, that’s the way I see it.

Ron Fleshmanhttp://www.ris-news.com
Ron Fleshman has followed NASCAR racing since attending his first race at Martinsville Speedway in 1964. He joined the Motor Sports Forum on the CompuServe network in the 1980s and became a reporter for Racing Information Systems in 1994. In 2002, he was named NASCAR Editor for RIS when it appeared on the World Wide Web as www.motorsportsforum.com. He can now be found at www.ris-news.com. Ron is a member of the American Auto Racing Writers and Broadcasters Association. You can find Ron following and reporting on the top three NASCAR divisions each week. As a lifer in his support of racing, he attends and reports on nearly 30 events a year and as a member of the motor sports media, his passion has been racing for 47 years. He lives with his family in rural West Virginia and works in the insurance industry when not on the road to another track.
Previous article
The Numbers for New Hampshire
Next article
A Trio of High-Banked Tracks Await Kraig Kinser this Week