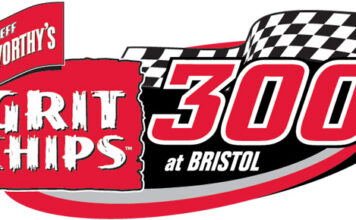 o   Chris Buescher will make his third start overall in the NASCAR Nationwide Series (NNS) and his first start at Bristol Motor Speedway (BMS) on Saturday.

o   Buescher’s two previous NNS starts came in 2011 at Richmond and Darlington, finishing 17th in both events.  In 2012, the 20-year-old driver participated in the full ARCA schedule, earning the ARCA Championship with four wins, 12 top-fives and 16 top-10s in the 19 race season.  Overall, in five seasons of ARCA Racing, Buescher has made 54 starts, with one Championship, nine wins, 32 top-fives and 42 top-10s.

o   Buescher will team up with Seth Barbour, who will serve as Crew Chief for the No. 16 Ford Mustang.  Barbour most recently worked as an Engineer on the RFR No. 6 team.

Buescher On: His goals for the weekend:

“I really want to finish the race and a top-10 would be great.  It’s Bristol and so much can happen that is out of our control.  I want to keep my Ford in one piece.”

“I really like going to Bristol for my first race this year.  I’ve run several ARCA races at tracks similar to Bristol.  I am a fan of short track racing and I’m looking forward to an exciting race with the new team.  I would expect several different racing lines to come in and for the track to widen out.  There are several Sprint Cup drivers in the race that will make it that much more challenging.  Hopefully it will make for a really good race and a lot of action.”
2013 No. 16 Team