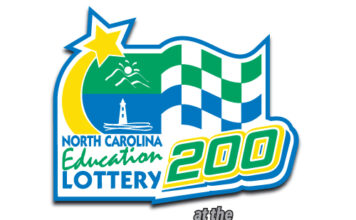 Sauter, who won the first two races of the season, will be going for a record three consecutive victories.

“This is a great way to start the year off with two in a row and I couldn’t be prouder,” said Sauter.

Burton claimed his first pole last week in Martinsville and captured a career best third place finish. He’s hoping to keep the momentum going with another single digit finish at The Rock.

Qualifying will be held Sunday at 11:05 a.m. followed by the ‘North Carolina Education Lottery 200 at The Rock.’  Track president Andy Hillenburg will give the command, “Drivers, start your engines,” at 2:10 p.m. The green flag is set to drop at 2:18 p.m.

Angela Campbell
A native of Charlotte, NC, Angela (Angie) was first introduced to racing by her father. An avid fan of NASCAR, she found a way to combine her love of racing with her passion for writing. Angie is also an award-winning member of the National Motorsports Press Association. Follow her on Twitter @angiecampbell_ for the latest NASCAR news and feature stories.
Previous articleToyota NCWTS Rockingham Notes & Quotes Crafton & Sauter
Next articleCHEVY NSCS AT TEXAS ONE: Team Chevy Fast Facts