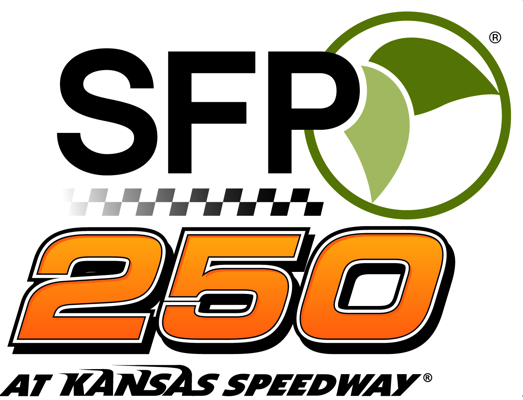 CONCORD, N.C. (April 22, 2013) – As one of a few teen-aged drivers in last Saturday’s SFP 250 at the Kansas Speedway, Max Gresham knows experience and respect will not come easily. That was a lesson delivered the hard way in a 25th-place finish.

Gresham, 19, tied his career-best by qualifying ninth for the NASCAR Camping World Truck Series (NCWTS) race. He fell back to 25th following a collision on pit road, but he rallied back to be in the top five on Lap 95.

The comeback ended seven laps later when his No. 8 Made In USA Brand (MIUSA) Chevrolet Silverado was forced into the outside wall by a ten-year veteran of the series.

“We battled back from some early issues on pit road to be a contender,” Gresham said. “To have it end that way was really disappointing. When you’re young you try to give everyone around you a lot of respect. I guess you can’t always earn respect; you have to demand it.”

Despite the finish, Eddie Sharp Racing (ESR) left Kansas with a sense of accomplishment. Gresham was fourth-fastest in the first of two practice sessions, and he was eighth in final session.

His truck sustained damage to the right-front fender on the first pit stop of the day when he collided with Tim George Jr. on pit road. The team made two additional pit stops during caution period (laps15 – 19) to make repairs.

“I’m just fighting them (other competitors),” Gresham reported during in-car communication with his team. “We still have a lot more speed than these other guys.”

After recovering from the incident on pit road, the Milner, Ga., native put his red, white and blue machine comfortably in the top 20. Throughout the early part of the day the team used cautions to continue to work on the damaged fender.

“This race team faced a lot of adversity, but we bounced back to be a contender,” said Showalter. “In the long run, that’s something that will help us. We may be upset by the way things ended, bringing home a wrecked truck, but we came here ready to race. That’s something we’ll remember most from the weekend.”

On Lap 98 another competitor ran Gresham up the track to make contact with the wall, which drew no caution flag for the incident. He brought his battered No.8 Chevrolet to pit road before taking it behind the wall.

Nonetheless, Gresham moved up two spots in the NASCAR Camping World Truck Series standings. He’s 19th heading into his next race, the North Carolina Education Lottery 200 at the Charlotte Motor Speedway on May 17.

“We’ve got time to get over what happened at Kansas,” Gresham said. “It was fun to have a fast truck and to race up front. It’s a lesson every young driver has to learn — who you can race with and who you can’t. I’ve also learned that from now on we won’t simply ask for respect; we will demand it.”

Eddie Sharp Racing (ESR) (TeamESR.com) is a championship winning racing team housed in a 45,000 square-foot facility in Denver, N.C. After getting its start in the Automobile Racing Club of America (ARCA) Racing Series, ESR has accumulated upwards of 20 race wins, the 2009 ARCA Racing Series Championship, and countless top-five and top-10 finishes in just five years of competition. By 2010, ESR began to make the transition into the NASCAR Camping World Truck Series (NCWTS) with a partial schedule before racing in the series full-time in 2011. By 2012, the team expanded to be a multi-truck team and secured its first victory in just the team’s 35th NCWTS race. Additionally, ESR continues to build its driver development program fielding various drivers in the ARCA Racing Series, the United Auto Racing Association (UARA) STARS Series and other late model events across the southeast.

About Made In USA Brand

The number of Made In USA Brand accredited companies has grown to over 900 in just over a year.

Companies interested in securing the Made In USA Brand Certification Mark to label their products and marketing materials are encouraged to log on to www.MadeInUSABrand.com.

Race fans interested in pledging along with Max Gresham to look for and purchase made in USA manufactured goods can take the pledge for FREE at www.PledgeForUSA.com.