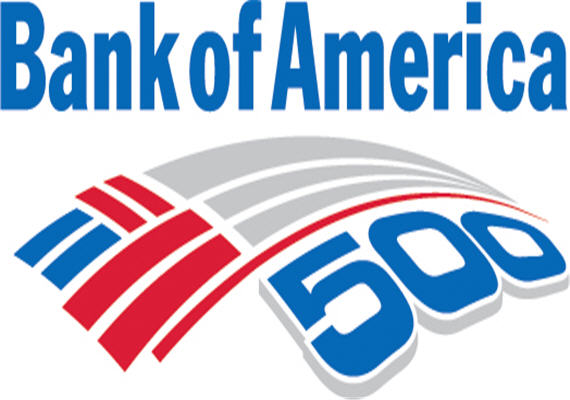 The drivers of the NASCAR Sprint Cup Series do not have to travel much further than their back yards to get to the track this week. A hometown race this week, and the only night race of the 2013 Chase for The Sprint Cup for the vast majority of teams this week. There have been 109 races at Charlotte Motor Speedway, everyone knows the history that has been made at the track, so I’ll spare the history for some statistics this week.

Jimmie Johnson leads the series with the most Chase race wins at Charlotte Motor Speedway with three, but none since his last win at Charlotte in October of 2009. The deepest in the field any eventual NASCAR Sprint Cup Series Champion has finished at the Chase race at Charlotte Motor Speedway was 25th all the way back in 2005 when Tony Stewart won his second NASCAR Sprint Cup Series Championship, his first with the Chase setup. All but one of the nine Chase races at Charlotte have been won by Chase drivers, and the second starting position has produced more race winners than any other starting position with 17 eventual race winners starting outside the front row. So with these stats so far, we’ve not eliminated any potential race winners.

The one statistic very important to this week’s picks comes in the form of a particular manufacturer’s recent struggles at Charlotte Motor Speedway. Just one Ford driver (who is driving a Toyota now) has won a race at Charlotte in the last 22 Charlotte races, and that was Matt Kenseth in the 2011 Bank of America 500. So one driver in 11 years has been able to put Ford in Victory Lane, which is something to look at this week if you’re making fantasy picks.

The only night race of the 2013 Chase for the Sprint Cup, so enjoy not swapping back and forth between your NFL game and NASCAR this week…

Not a great week for me last week at Kansas Speedway as I went with the points leader, Matt Kenseth as my winner pick because he was undefeated on the low-banked intermediate tracks this season. He had won at Las Vegas in March, Kansas in April, Kentucky in June, and Chicago in September to open the 2013 Chase. Kenseth’s streak would end last week at Kansas has he was rather quiet for the majority of the race….but extended his streak of 5 straight races where he has led a lap. Kenseth finished 11th, his first finish outside the top 10 in over a month.

My Dark Horse was exactly that, a shot in the dark especially this season. The dark horse aspect was erased when Brad Keselowski qualified fourth and got to the front for 52 laps last week in Kansas. Crew Chief Paul Wolfe’s gamble with fuel would not pan out as the Miller Lite Ford ran out of fuel on lap 224, the gamble cost Keselowski two laps to the leader which he was able to make up one, but would finish 17th when the checkered flag flew.

Winner Pick
There are many folks looking at the No.18 team this week, for one he has won two races on the high banked intermediate tracks this season, in dominating fashion at Texas in April and most recently at Atlanta on Labor Day weekend. The second reason why Rowdy Busch is circled on may fantasy rosters this week is the thought that he is due for a win at Charlotte Motor Speedway in the Cup Series. Rewind to Memorial Day weekend this season…Kyle Busch was leading the Coca-Cola 600, in the middle of lap traffic when Fox Sports’ SkyCam over the frontstretch at Charlotte Motor Speedway came crashing to the race surface immediately in front of the No.18 car. The impact of the SkyCam resulted in radiator issues and an engine failure for Kyle who was positioned for his first ever Charlotte career win.

The loop statistics are great for a guy who has never won a race…he’s in the top three in all but one of the loop categories. The only one he is not inside the top three is Green Flag Passes, but Kyle has also qualified well over the years in North Carolina with a couple poles in the points races and an average start of 11.5. The practice sessions today and his win in the NASCAR Nationwide Series on Friday at Charlotte have added to my case for Kyle Busch on Saturday night. I am seeing a win out of this team on Saturday night and them jumping back into the Championship picture when we head to Talladega next week.

Dark Horse Pick
Martin Truex Jr. is going to be my longer play this week and here is why…Before Kansas last week and the race at Chicagoland to open the Chase, you had to go back all the way to Las Vegas back in March of 2012 for Truex’s last finish outside the top 15 on any of these intermediate track races. The stretch of 15-straight top 15 finishes is enhanced by the fact that he had two finishes outside the top 10 in the same stretch, both of which coming in the 2012 season.

Keep in mind Truex led 142 laps and finished 2nd at Texas back in April, also a 1.5-mile night race. Truex qualified 17th on Thursday, but went out for his qualifying run relatively early to some of the other drivers with similar practice speeds. On Friday, Truex was 3rd fastest in the first practice session and 5th in Happy Hour Friday evening, adding to the consistency we’ve seen all season from Truex on these intermediate tracks. He would like nothing more than to win one of these Chase races, so I’m throwing out the couple poor finishes in a row at Chicago and Kansas and going with Truex as a solid longer play this week.

That’s all for this week, so until we head to the biggest juggernaut of the 2013 Chase for the Sprint Cup….You Stay Classy NASCAR NATION!