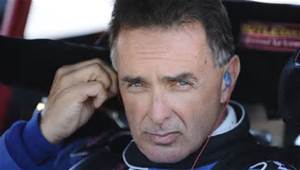 Later this month, NASCAR will officially announce the next five drivers who will enter the Hall of Fame and Mike Stefanik, nine-time NASCAR champion in both the Whelen Modified Tour and the K&N Pro Series East tour, is just humbled to even be in the mix of consideration.

“It’s very humbling actually,” Stefanik said. “I didn’t really think about it much when I found out they were coming out with the list. I thought I would see what would happen.”

“My daughter called me and she informed me and it was pretty exciting news,” Stefanik continued. “It was kind of shocking. Even though you knew you had a chance, it was still very shocking to hear it and to get it confirmed.”

“Shocking and humbling the more I thought about it because there are so many people that deserve to be in that Hall of Fame and I never really looked at myself as one of them,” Stefanik said. “That’s just how I am.”

While Stefanik has accomplished much in his storied career, he credits his back to back championships in both the Busch North Series (now the K&N Pro East Series) and the Modified Tour Series in 1997 and 1998 for his consideration as a future Hall of Famer.

“Mike Joy called me and officially gave me the news,” Stefanik said. “And Mike said that my championships had a lot to do with it. Those were two strong programs and I was in that nice spot.”

“I knew then and told my wife that this will be remembered,” Stefanik continued. “It’s just all the stars were aligned.”

“It was very stressful but it all worked out and I’m sure that had a lot to do with the Hall of Fame nomination.”

Stefanik feels particularly privileged as he views his nomination as a teachable moment for fans who are not as familiar with the more grass roots, regional levels of the sport.

“You always hear ‘When are you going to go NASCAR’ and well, I am already there,” Stefanik said. “I’ve had a NASCAR license for 37 years.”

“NASCAR is all about levels of racing,” Stefanik continued. “Obviously the Cup level is the top rung on the ladder and then Nationwide and then Camping World Trucks and then the Touring Series.”

“I always thought the Modifieds, and maybe I’m biased, but I always thought they were the toughest Touring Series on the schedule,” Stefanik said. “It just seemed like the level of competition, the car counts and the amount of capable cars in each race was there.”

“Obviously the K&N Series has become more expensive than the Modified Tour but I think the Modifieds are way more competitive because of the depth and possibility of various winners at different tracks where nobody would be surprised. Twelve drivers could easily get twelve different wins.”

So, has Mike Stefanik been to the NASCAR Hall of Fame and did he ever in his wildest imagination consider that he could be honored in those hallowed halls?

“Oh absolutely, I’ve been to the Hall of Fame a few times,” Stefanik said. “I’m kind of a history buff. So, I love to see the older cars, how the sport developed and the technology side of the sport.”

“It’s always interesting to stick my head inside a 1960s Cup car and wonder how those guys didn’t get hurt with such poor quality of protection at the speeds they were running back then,” Stefanik continued. “So, yeah, I always like to look back and see where the sport came from, where it is and where it’s going.”

While Stefanik enjoys the history at the Hall, he also likes to reminisce about some of the personalities with whom he has raced when he visits.

“When I go to the Hall of Fame, I’m looking at the technology side of racing but also the personalities, especially a personality like a Richie Evans.”

“I was fortunate enough to race with Richie Evans and get to know Richie Evans and be a friend. He let me drive one of his cars so he had to like me to let me do that,” Stefanik continued. “So, yeah, when Richie would walk in the room, it would be like a very special person was there even when you were racing with him week in and week out. I always had a lot of respect for that man.”

“So, going to the Hall of Fame and seeing his car in the Hall was just like you have to stop and take a moment to remember a lot of good times.”

As the time grows closer for the Hall of Fame vote, Stefanik is taking a philosophical approach to it all as he humbly awaits the decision-making.

“From what I understand they vote on it May 21st for the five new members to be inducted,” Stefanik said. “You can’t win if you’re not in it. So, now we’re in it and we have a shot to win it. That’s how I look at it.”

“It’s kind of like a race and I feel like we won it before we even entered,” Stefanik continued. “But we haven’t won the race yet but we are in the race. And eventually you’ve got to come to the top however long that takes.”

“It doesn’t matter now that I’m in it,” Stefanik said. “There are so many people more deserving than I am.”

While he awaits the Hall of Fame decision, Stefanik is also deciding how he will fashion his own future going forward.

“I’m not really racing now,” Stefanik said. “I have an opportunity to run some but I haven’t finalized the program. We’re just in the talking stages.”

“That’s the only reason I didn’t officially retire,” Stefanik continued. “I knew last season I wasn’t going to run a full schedule.”

“I’m not burned out but it’s just time,” Stefanik said. “You just know. I don’t want to officially say that I’m never going to sit in a race car again because I love racing. I love the Modified Series. So, I might run a race or two if it’s fun, if it’s right and if everything is good about it.”

“We also have the empty nest at home,” Stefanik continued. “My kids are grown and out of the house. We have a really nice home that we really haven’t been able to enjoy because we work six days a week and then we race.”

“I’d like to spend some time at home,” Stefanik said. “We live on a lake and I’d like to use the lake and really enjoy home. I think that’s how I’m going to spend my time. I enjoy it and it’s relaxing. We have a pontoon boat that we putt around and we’re into the kick back, stress free time as opposed to work and racing. I’m going to find some non-stressful areas and hang out in them for a while.”

“And then I’ll probably get bored and do more racing so, who the heck knows?”

Stefanik summed up his thoughts on his Hall of Fame nomination in three words, flattering, humbling and magical.

“The more I think about this, it’s very flattering,” Stefanik said. “It makes you think back to when you get started and all the people that I really hope can be a part of it when and if it happens. I’ve been thinking about that which is unusual for me.”

“I’m very humbled by it and I’ll be humbled when it happens whenever that is,” Stefanik continued. “It will be more of an ‘Oh my God feeling” than some who might have a feeling of “finally”.

“I never got into racing to be in the Hall of Fame but it is quite a good place to end up and certainly it will be a magical time when that does happen.”

SM Staff
Previous articleThe Hot 20 – Get hot in NASCAR and it costs you $25,000, in the NHL it is 2 minutes
Next articleFord Racing’s Joey Logano Ready For Talladega