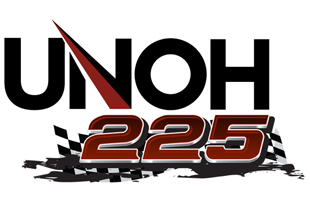 It will be LaJoie’s first NCWTS attempt.

“Corey is a great talent,” said RBR owner Ricky Benton. “He is a guy we have seen a lot of over the years in late models and I’m glad it worked out for him to be behind the wheel of the 92 truck this week.”

LaJoie, the son of two-time Nationwide Series champion Randy LaJoie, will be pulling double duty this weekend at Kentucky, a track where he won on the ARCA Racing Series last year. The 22-year old is entered in Friday’s Nationwide Series race in addition to the NCWTS event.

“I’ve always wanted to drive for Ricky (Benton),” said LaJoie. “He is a guy who is passionate about racing and has built a good program in the truck series.”

LaJoie wasted no time falling in with the RBR team. He has been at the team’s shop in Cerro Gordo helping prepare this week’s truck.

“Corey has fit right in with our guys down here and hasn’t been afraid to get in and do what needs to be done to get ready to go racing this week,” said Benton. “We are looking for a strong run at Kentucky.”

“I am extremely thankful for this opportunity,” said LaJoie. “The trucks are a great series and my goal is to go to Kentucky and be competitive. We will see where is goes from there.”

RBR Enterprises will be taking chassis T-4 to Kentucky.  The truck last saw action at Dover last month with Scott Riggs behind the wheel.

For more information, or to learn how you can partner with RBR Enterprises in the NASCAR Camping World Truck Series, contact Rick Benton II at 910.840.6857 or by email at rbrmarketing@ncez.net.

Official Release
Previous articleSurprising and Not Surprising: Sonoma Toyota/Save Mart 350
Next articleWorld Vision Will be Primary on Truex Jr.’s No. 78 Chevrolet in Kentucky