With Electric Ride to Chicagoland Speedway, Leilani Münter to Become First ARCA or NASCAR Driver to Travel Oil Free to a Race 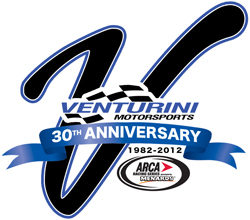 On Sunday, July 13, she will begin an electric road trip from her home in Charlotte, NC, to Chicagoland Speedway in her Tesla Model S. Her first stop will be in Washington, DC, where she and colleagues from The Solutions Project will meet on Monday with policy makers to discuss the transition to renewable energy. Along her “Electric Route to the Racetrack,” Leilani will host two meet-ups: the first in Bethesda, MD, and another in Chicago, IL. She is also inviting fans to join her at each Tesla Supercharger stop and has published her route online. When her journey is complete, Leilani will be the first ARCA or NASCAR driver to travel to a race completely oil free.

On Saturday, July 19, Leilani will slip behind the wheel of her other machine to race at Chicagoland Speedway with PrairieGold Solar as the primary sponsor on her No. 66 Venturini Motorsports ARCA Racing Series entry. PrairieGold Solar is an innovative company focused on developing, owning, and operating solar projects across North and South America.

“Getting off oil by driving electric cars and using solar to power the electric grid helps America reduce our dependence on foreign oil and secure our energy independence. That’s a win-win for the environment and national security,” said Leilani.

“When I first met Leilani at Daytona I was inspired by her passion for using her voice as a race driver to get the word out about the importance of renewable energy,” said Brandon Hurlbut, former Chief of Staff at the US Department of Energy, who also sits on the Board of Directors at PrairieGold Solar.

The Solutions Project, an advocacy group working towards accelerating the transition to 100% clean, renewable energy has partnered again with Münter at Chicagoland Speedway. The group previously supported her efforts in the Go 100% Renewable No.55 Venturini Motorsports entry at Daytona International Speedway in February. Münter serves on the Board of Advisors for The Solutions Project.

“With consumer demand and business opportunity for clean, renewable energy on the rise in communities across the country, we are so excited to grow our partnership with Leilani,” said Mark Ruffalo, actor, co-founder and board member of The Solutions Project, “From her choice to go 100% electric on her 3-day drive to the race in Chicago to PrairieGold Solar’s sponsorship of her at Chicagoland, Leilani is a strong voice for all Americans to go solar, go electric and go 100%!”

Well known for her environmental work, Münter had solar panels installed on her home in February so she can drive her electric car on the power of sunshine. With the cost of solar photovoltaics decreasing by 80% in the last five years, solar energy use is accelerating quickly: every two minutes a solar array is being installed on a home in the United States. Münter is coming off momentum from her latest ARCA at Talladega (Ala.) Superspeedway on May 3 where she ran as high as fourth and kept her No. 55 Blackfish racecar in the top eight spots leading up to the final restart, finishing 14th.

This will be Münter’s first ARCA race at Chicagoland Speedway. Race coverage for the Ansell ActivArmr 150 will air live on FOX Sports 2 starting at 6:00 p.m. ET on Saturday, July 19, with live timing and scoring as well as the radio broadcast through the ARCA Racing Network (ARN) online at arcaracing.com.

About The Solutions Project
The Solutions Project works with diverse leaders and innovators who share a common goal: to accelerate the nation’s transition to clean, renewable energy. The organization inspires and supports individual as well as public and private sector efforts to improve the health, economic and security interests of all Americans through 100 percent clean, renewable energy. The organization’s Board of Directors includes Oscar-nominated actor Mark Ruffalo, Stanford University professor Mark Jacobson, Mosaic co-founder and president Billy Parish, and others. To learn more, go to www.thesolutionsproject.org.

About Leilani Münter
Leilani Münter is biology graduate turned professional race car driver and environmental activist. Discovery’s Planet Green named Leilani the #1 Eco Athlete in the world. She is a recipient of ELLE Magazine’s 2012 Genius Award and Sports Illustrated named her one of the top ten female race car drivers in the world. Leilani has 9 top fives and 19 top tens in 47 starts. She is the fourth woman in history to race in the Indy Pro Series, the development league of IndyCar. She set the record for the highest finish for a female stock car driver in the history of the Texas Motor Speedway when she finished fourth in 2006. Since 2007, Leilani has been adopting an acre of rainforest for every race she runs. Her motto is “Never underestimate a vegetarian hippie chick with a race car.”
About Venturini Motorsports
Venturini Motorsports (VMS), fielding cars for over 30-years in the ARCA Racing Series presented by Menards, is one of the premier NASCAR driver development programs in the country. Multiple team championships and consistent on-track success, VMS has evolved into one of the most recognizable names in motorsports. Since 2007, VMS has assisted in the career development of notable NASCAR drivers such as Joey Logano, Justin Allgaier, Ryan Blaney, Alex Bowman, Brian Scott, Kevin Swindell, John Wes Townley and Erik Jones. Over the years the Venturini name has become synonymous with modern-day racing in America. In 2012, the Venturini family was inducted into the National Italian American Sports Hall of Fame (www.NIASHF.org) and now find themselves enshrined with such sports icons as Joe DiMaggio, Mario Andretti, Vince Lombardi, Tommy Lasorda and Rocky Marciano.

About ARCA Racing Series presented by Menards
The Automobile Racing Club of America (ARCA) is among the leading auto racing sanctioning bodies in the country. Founded in 1953 by John and Mildred Marcum, the organization administers more than 100 events each year in multiple racing series, including the ARCA Racing Series presented by Menards, the ARCA/CRA Super Series, the ARCA Truck Series and the ARCA Midwest Tour, plus weekly racing at Toledo and Flat Rock Speedways.