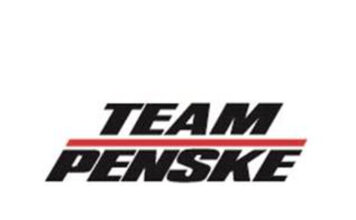 MOORESVILLE, NC (August 15, 2014) – Team Penske announced today that it has extended its partnership with Alliance Truck Parts (ATP), building on the relationship between the two transportation-based organizations that began in 2010.

Under the new multi-year agreement, Alliance Truck Parts will continue to be a primary sponsor of the No. 2 Team Penske Ford Fusion driven by 2012 NASCAR Sprint Cup Series (NSCS) champion Brad Keselowski. The 2015 season will mark the second consecutive year that ATP, an industry-leading provider of heavy duty truck parts for the commercial transportation industry, will be featured in the Sprint Cup Series.

Enhancing its allegiance with Team Penske, Alliance Truck Parts will proudly race with its distinctive bright yellow colors adorning the No. 2 Ford driven by Keselowski during eight races as the primary sponsor throughout the agreement and as an associate sponsor for the balance of the NSCS schedule.

“This extension is a big deal to all of us at Team Penske,” said Keselowski. “Alliance Truck Parts is a great brand – I actually own a few Freightliner trucks and we use Alliance Truck Parts to maintain them. We appreciate all they do for the Team Penske organization and I’m looking forward to continuing our success with ATP in the future.”

“There is a special excitement when the No.2 Alliance Truck Parts Ford Fusion is featured on track,” said Friedrich Baumann, senior vice president, Daimler Trucks North America – Aftermarket. “Sundays have a new meaning for our customers and our presence in NASCAR has allowed them to connect with Alliance Truck Parts in a very special way. Alliance Truck Parts is proud to be partnered with a champion both on and off the track. We look forward to continued success with Team Penske.”

Team Penske is one of the most successful teams in the history of professional sports. Competing in a variety of disciplines, cars owned and prepared by Penske Racing have produced more than 390 major race wins, over 450 pole positions and 25 National Championships. The team has also earned 15 Indianapolis 500 victories in its storied history. For more information about Team Penske, please visit www.teampenske.com.