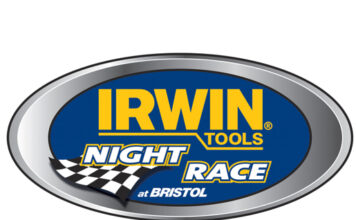 KYLE BUSCH, No. 18 Doublemint Toyota Camry, Joe Gibbs Racing
Starting Position: 4th
How was the car in qualifying?
“The Doublemint Camry is good — it’s not great. It’s not where I want it to be yet. It doesn’t show the speed that some other guys are able to post here. I don’t know if everybody is driving as hard as I’m driving, but that’s all I got — that’s all she’s got. Anything else and I’m going to be in the wall. It’s tough with having to run high like that and so close to the edge and so close to out of control and going so fast around this place.”

What are your expectations for tomorrow night’s race?
“I think the race is going to be frustrating — not a lot of passing. I think a lot of guys are going to be up around the top — everybody is going to be up around the top. Then after that with lapped traffic and what all happens there is going to be where people try to make moves on one another, but it’s just about trying to ride up there as much as you can, as best as you can not pushing yourself or the car too much and maintaining good position throughout the race — it’s 500 laps. It’s a long time.”

CLINT BOWYER, No. 15 5-hour ENERGY Toyota Camry, Michael Waltrip Racing
Starting Position: 14th
How was your qualifying effort?
“We needed two-hundredths. A 75 would’ve put us in the next show and we were a 77 but we definitely improved on where we were in practice. I think we’ll race alright. We always seem to race well here. Fun race, long race, a lot can happen, just got to maintain and keep yourself in the game and if you can do that you’ll always seem like you can somehow get in the mix for the end.”

Will 14th be a good starting spot for you?
“I would say it’s just a shade in front of the eye of the storm. You don’t really want to be behind that eye of the storm is the biggest thing and I think we’re either right in the middle of it or in front of it a little bit. We’ll be alright.”

Are you happy with your qualifying lap?
“Well, I ran a 77 with one and what was it — a 75 with two or something was good enough. We improved from practice, we’re just not quite there. But, I mean, you saw a lot of people slipping up and getting into the fence and it’s just going for it. It’s such a tight field like that. You know it is going in and my last attempt at it I got through (turn) one and two really good and knew it and I tried to mash that in three and four and it just couldn’t hold. I got a little tight and had to lift at the wall and I think I had a good lap going. Just wasn’t meant to be. Anytime you can be in the top-15 right there I think you’ll be just fine. It seems like this race brings a lot of chaos as it always does. If you can keep yourself in decent track position, keep yourself in the game, get yourself within 75 to 100 laps to go and still be in the mix I think you can still have a legitimate shot at winning this race.”

With your position in the points how much chaos do you cause and how much do you try to avoid?
“You never try to cause chaos but unfortunately it’s just like everything in life, you always seem to find yourself in the middle of it sometimes and whether you want to or not you’re there. It is one of those races that’s nerve-racking and always is but I look at this race as a race that’s a lot of fun. A race that I’ve come close to before and never been able to win and one that is a bucket list race win for anybody involved. I don’t really look over my shoulder here. I like to look ahead and try to have fun with this race.”

BRIAN VICKERS, No. 55 Aaron’s Dream Machine Toyota Camry, Michael Waltrip Racing
Starting Position: 15th
How was qualifying?
“The guys did a good job with the car. We just lost a little bit of grip somewhere — don’t know if the track did or what. Billy (Scott, crew chief) and the guys did a good job making the car better for the second run. Just not quite enough to close the deal. A couple hundredths off it looked like from where we needed.”

How is your car for Saturday night’s race?
“I think we’ve got a good Aaron’s Dream Machine Camry. I was really happy with it the last practice in race trim through the last run. We lost a little bit in the last run but hopefully we can get that back. I was hoping to do a little better than that in qualifying. The last time we went out the third time the tires were slowing down and it’s just tough the third time out to go run 70s and just got the car a little bit too loose.”