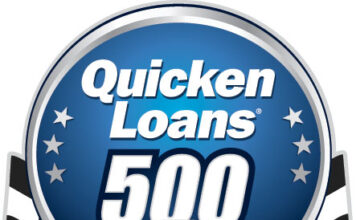 MATT KENSETH, No. 20 Dollar General Toyota Camry, Joe Gibbs Racing
Finishing Position: 3rd
How do you feel about your day?
“That was a great run for this Dollar General team. We exceeded our expectations here. It was great run for us and I’m proud of the guys for being third. I wish we would have made it in, but last week was disastrous, so it was fun being here with a shot — just wish we could have come through. We just have to get faster. Fortunately Denny (Hamlin) is in so hopefully Denny can go take it home at Homestead. Definitely disappointed we didn’t make it through but it’s just been so up and down and our downs weren’t good enough and our highs weren’t high enough to make it into the next round. These guys did a great job, this is the best we’ve ran here in a long time so I’m looking forward to Homestead next week.”

Did you feel like you were living on borrowed time as far as the Championship goes?
“In a way it’s been that way all year. I was pleasantly surprised that we’ve been able to advance from round to round because we just haven’t been that fast and we’ve had a lot of bad things happen. We got wrecked out of Loudon and had a lot of things happen here or there. Glad we were in and wish we were still in it.”

How strong was the car in today’s race?
“I thought we had a top-10 car all day. I could never run with the 4 (Kevin Harvick), but there were times when it was kind of equal to the 24 (Jeff Gordon) and the 2 (Brad Keselowski) was kind of even. I thought we had a top-10 car and if we could get into the top five I thought we would have a shot. Some of the guys, I’m not sure what happened, but the 11 (Denny Hamlin) and the 22 (Joey Logano) got behind and obviously they were able to overcome that and get back in front of us.”

DENNY HAMLIN, No. 11 FedEx Ground Toyota Camry, Joe Gibbs Racing
Finishing Position: 5th
How up and down of a race was today?
“What a crazy day. You just think about everything that went on and you’re like, ‘It’s just not meant to be.’ Then you have to just keep fighting and keep fighting. Can’t thank this FedEx Ground crew enough for continuing to just battle. Now we’re in it — have to thank everyone from Coke, Toyota and FedEx for all their support. This is a good week to go to Greenbrier and relax and get ready for a championship weekend in Miami.”

How were you able to overcome the struggles of today’s race?
“It was an unbelievable afternoon. We struggled. We had good track position and we had that issue on pit road and it put us back and we got a lap down twice — lucky dog twice and just battled. We did some different things and made our car better and passed some cars and just fought back for a fifth-place finish. This is just an unbelievable day and gives us a lot of confidence going into next week.”

Were you ever panicked about being so far back at times during the race?
“No because there was nothing I could do about it. I was driving as hard as the car would let me drive and we didn’t have the car there at the middle stages of the race. At the end it worked out where we were back so far that we kept taking tires and it allowed us to be on a different pit strategy than the guys in front of us and we kept making up spots through having a fast car at the end. There was no panic simply because I knew that we were going to do whatever we were going to do and make it or not we were going to give our best effort and we had an issue on pit road and to show the perseverance that we did to come back definitely says a lot.”

How much confidence do you have for Homestead?
“A lot of confidence because our test went really, really well there. We’re going to be the underdogs going up against the 22 (Joey Logano) and the 4 (Kevin Harvick) and the 31 (Ryan Newman), but I can tell you there is no give up. Today is a prime example — look at where we finished after just battling and battling back. Proud of my team. This is redemption and hopefully we’re able to capitalize next week.”

Is this your championship to win at Homestead?
“I hope so. I told you all before the Chase started that I feel better about winning Homestead than Martinsville and after the test we had there two weeks ago I still believe that. I’m ready to go.”
Have you ever had a one in four shot at a championship before?
“I’ve had a one in three shot before in 2010, but this is so different with this format. You know you’re up against three other guys and whoever comes out on top is going to be our champ. I’m very encouraged after the test we had there two weeks ago.

What can your teammates do to help you next week?
“They’re going to do all they can, but we’re going to need to go win that race. No one is going to give you a win. You’ve got to go out there and earn it. I’m just proud to represent all the FedEx Ground team in the four-person playoff. This is beyond our expectations as the year has gone.”

DARIAN GRUBB, crew chief, No. 11 FedEx Ground Toyota Camry, Joe Gibbs Racing
What are your feelings about making the championship battle in Homestead?
“It feels so good to be in. This is a huge relief after a stressful day. We’re glad it’s over and we were able to make it in there. We had a really good test at Homestead and we won there last year. Feel like we have a lot of confidence going into there so we’re going to go in and fight, fight, fight.”

DAVID WILSON, president and general manager, TRD (Toyota Racing Development), U.S.A.
What does it mean to Toyota and TRD to have a Camry driver compete for the championship at Homestead?
“This new Chase format has been full of emotional ups and downs and this weekend’s results at Phoenix are just another example of that roller coaster. We are very pleased to have one Camry driver — Denny Hamlin — moving on to next weekend’s season-finale at Homestead, but of course we are disappointed to have another fall out of contention after the Phoenix race. It has been a great battle throughout this new Chase format and we were fortunate to have all three of the Joe Gibbs Racing Camrys qualify and compete in this year’s Chase. We expect Homestead to be an intense battle between the four talented drivers and teams. It will certainly be an exciting championship and we hope Camry driver (insert name) will be crowned the first Sprint Cup champion for Toyota.”

BRIAN VICKERS, No. 55 Aaron’s Dream Machine Toyota Camry, Michael Waltrip Racing
Finishing Position: 19th
“That was a long day for the Aaron’s Dream Machine. We worked hard on getting it better and better during the race and thought we did there at the end. My guys never gave up. We have one more chance to go to victory lane in 2014 and we’re going to Homestead with that in mind.”

CLINT BOWYER, No. 15 5-hour ENERGY Toyota Camry, Michael Waltrip Racing
Finishing Position: 40th
What happened in the accident that took you out of the race?
“Just another bad day, just gotta get our stuff better. We need to not be back where we were at and then we wouldn’t get caught up in stuff.”