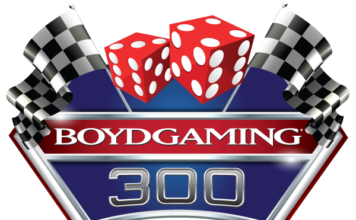 @BrennanPoole on his XFINITY Series debut: Many thanks to all my fans. You guys are awesome. God is good! I just feel so blessed to be a part of this 42 team! #TheBullrush to XFINITY!

WHAT YOU NEED TO KNOW FOR LAS VEGAS MOTOR SPEEDWAY

Poole’s First Plunge in XFINITY: Brennan Poole, 23, will pilot the No. 42 DC Solar Chevrolet Camaro in 15 races in 2015. The Texas native will make his NASCAR XFINITY Series debut this weekend at Las Vegas Motor Speedway.

Poole is a veteran of ARCA Racing Series competition. In 35 starts, the young driver has six wins, 18 top-fives and 27 top-10s to go with four career poles. Poole’s career began in the quarter midget ranks, where he compiled 90 wins en route to a 2002 National Championship. After his quarter midget successes, Poole began racing Legends Cars all across the south, winning 96 races in two years. He transitioned to dirt and went on to win seven times and collect the Texas World Dirt Track Championship. In 2009, Poole made the jump to asphalt late models and over the course of three years won 10 times, including the 2011 United Auto Racing Association Series Championship. Poole made his ARCA debut in 2011, winning in his first start at Salem (Ind.) Speedway.

Welcome to the Family: DC Solar will serve as the primary sponsor on the No. 42 Chevrolet Camaro driven by Poole for 15 XFINITY Series races. In addition, DC Solar will be a full-time associate sponsor for the No. 42 XFINITY Series team. DC Solar is a green energy company that specializes in mobile solar equipment, including generators, light towers, electric vehicle charging stations and telecommunications. Their vision is a greener planet, and to that end DC Solar strives to help environmentally conscious consumers and businesses reduce their carbon footprint by providing noise- and emissions-free solutions for their off-grid needs.

Atlanta Recap: While Poole is driving the No. 42 Camaro this weekend in Las Vegas, NASCAR Sprint Cup Series driver Kyle Larson was behind the wheel last weekend in Atlanta. Larson started fourth after advancing through all three rounds of knockout qualifying. The 163-lap race was highlighted by several long green flag runs giving the team fewer opportunities to make adjustments to the car. Larson reported early in the race the car was getting looser with each passing lap. Past halfway, Larson’s crew made major adjustments to the handling of the car, which changed it from loose to tight. The torrid pace set by the race leader put Larson one lap down, but fortunately he was the beneficiary of the free-pass and waive-around in the late stages of the race, which enabled him to remain in contention. He was able to race his way back into a top-10 position, where he would end up finishing 10th.

BRENNAN POOLE ON HIS DEBUT AND LAS VEGAS MOTOR SPEEDWAY

“I feel really fortunate to drive for a tremendous organization like HScott Motorsports with Chip Ganassi. Mike (Shiplett) and all the guys on the team continue to make me feel very comfortable heading into my debut. I’ve watched the past couple of races at Las Vegas (Motor Speedway) as part of my preparation for this weekend. I’ve also talked to a few different drivers in the garage area, and they’ve been very helpful in giving me advice. I’m focused on getting all of the track time that I can and putting on a good show for everyone at DC Solar.”

“Las Vegas (Motor Speedway) is a very fast track. It’s also a mile-and-a-half track which is the bread and butter of the schedule. I’ve spent time with Brennan at the shop going over everything for the weekend. We’ve talked about what he should expect in the car, what our game plan is for the practice sessions and how we will approach qualifying. My main goal is to keep him comfortable in the DC Solar Camaro and to keep his confidence up during the weekend.”

Official Release
Previous articleNSCS No. 51 Las Vegas Race Preview
Next articleHot 20 – Joey and Jimmie Lead the Way West to Las Vegas for Some Action…and Some Warmth