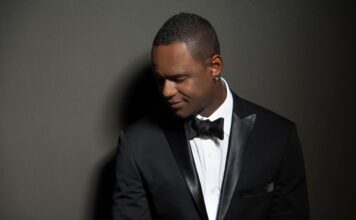 FONTANA, Calif. (March 18, 2015) – Award-winning R&B artist, Brian McKnight, will sing the National Anthem prior to the start of the NASCAR Xfinity Drive4Clots.com 300 race at Auto Club Speedway, on Saturday, March 21. The race is scheduled to be televised on Fox Sports 1 at 1 p.m. PT.
As an Honorary Race Official, McKnight will be on the main stage for pre-race ceremony activities including Xfinity driver introductions and special NASCAR awards.

McKnight has been honored with multiple awards including Billboard Songwriter of the Year, American Music Awards, Soul Train Awards, and 16 Grammy nominations.

To date, McKnight has released 15 albums and has sold over 20 million albums which include top hits “Back at One,” “Anytime,” and “Only One For Me.”