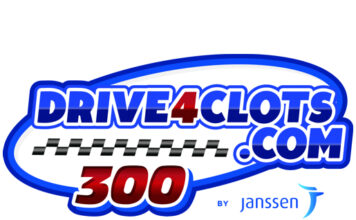 Larson on spending extra time on the West Coast: “Thanks to the @SacramentoKings for having me out tonight. Had a great time. Almost got the win.”

Larson enters Saturday’s race as the defending XFINITY Series winner at Auto Club Speedway after earning his first career NASCAR XFINITY Series victory there last spring. In two previous starts at the two-mile speedway, Larson has finished no worse than sixth. He has an average starting position of 8.5 and an average finishing position of 3.5. His best start was eighth last year. Larson has made two XFINITY Series starts in 2015 (Daytona and Atlanta) and has two top-10s and led four laps.

In the Driver’s Seat: Larson will be FOX Sports 1’s “In the Driver’s Seat” reporter and carry the Chevrolet on-board camera for Saturday’s Drive4Clots.com 300. Analysts Michael Waltrip and Clint Bowyer will ask Larson questions throughout the 150-lap race.

While Larson is driving the No. 42 ENEOS Camaro this weekend, XFINITY Series rookie Brennan Poole was behind the wheel of the DC Solar Camaro last weekend in Phoenix. The race was highlighted by several long green-flag runs, with Poole advancing from his starting position to race in the top 15. During the race’s third caution, Poole’s team opted to gain track position and stay out under a cycle of caution-flag pit stops. This allowed Poole to lead the first laps of his XFINITY Series career. After the restart, Poole maintained a top-10 position until he ran out of fuel with less than 10 laps to go. After coasting to pit road and making a stop for a splash of fuel, Poole returned to the track and crossed the finish line in 26th.

“Auto Club (Speedway) has a lot of meaning to me because I won my first career XFINITY Series race there. It’s also nice to return to my home state to race. Auto Club is a very fast, multiple-groove track. The more grooves there are, the better it is for us as drivers, and it puts on a great show for the fans. Qualifying will be important because the race usually has long green-flag runs. Brennan (Poole) did a great job the last few weeks, and I am very excited to be back behind the wheel of the ENEOS Chevy.”

“Auto Club is a bumpy two-mile track, so setting up the cars to find a good balance can be a challenge. With practice time before qualifying at a premium, a good starting spot at Auto Club is crucial because of the long green-flag runs. Kyle has a great record here and we hope this weekend is no different for our ENEOS Camaro team.”

The largest oil company in Japan, ENEOS brand motor oil is developed to exceed the highest standards of the automotive industry and has had a long, successful history in numerous racing series around the world. ENEOS product ranges from motor oil that offers optimal performance protection under the most extreme temperature variations, to ecologically friendly motor oil that provides superior fuel saving capacity.

Official Release
Previous articleBrian McKnight to Perform National Anthem – March 21 / DRIVE4CLOTS.COM 300
Next articleHot 20 Heading to California, The List of who is Not Hot is an Impressive one