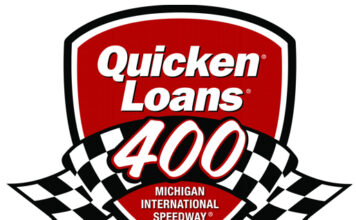 Pocono Recap: Denny Hamlin finished 10th in Sunday’s NASCAR Sprint Cup Series race at Pocono Raceway in the #11 FedEx Ground Toyota, unable to make up track position during the 160-lap event at the unique three-turn track, won by Martin Truex Jr. Hamlin battled a loose #11 FedEx Toyota throughout the race, and adjustments on pit road never could bring the car to life. Hamlin restarted ninth with less than 20 laps to go but fell back to 10th at the checkered flag. Hamlin started eighth and ran around that spot for the duration of the race. Crew chief Dave Rogers called for a long list of changes during the first handful of pit stops, including wedge, track bar, spring rubber and air pressure adjustments, but with passing at a premium throughout the day, he was unable to make up much ground. A string of late-race cautions saw teams use a variety of pit and tire strategies before the checkered flag. The finish marked Hamlin’s sixth top-10 result of the season, and moved him up one spot to 13th in the NASCAR standings after 14 of 26 regular season races.

Michigan Preview: The Series heads to Michigan International Speedway for Sunday’s 400-mile event on the wide, two-mile track. Hamlin is a two-time Michigan winner, capturing the checkered flag in back-to-back June events in 2010 and 2011. In 2010, he led a race-high 123 of 200 laps en route to victory lane in dominating fashion. One year later, a two-tire strategy call late in the race put the #11 FedEx Toyota on the front row for the final restart, and Hamlin held off now-teammate Matt Kenseth for his lone win of the 2011 campaign. Hamlin and the FedEx Racing Team started 21st and finished seventh in the Series’ most recent trip to the Irish Hills of Michigan in August 2014.

What will it take to get back to Victory Lane at Michigan?

“Michigan is a track that we seemed to have lost the handle on a bit when it was repaved a few years ago. We had some great runs there early in my career, but for whatever reason, have struggled a bit over the last five or six races. We had a strong run there last August, and hopefully we can build on that for this weekend. Dave (Rogers, crew chief) and the crew have been bringing faster and faster cars each week, and Michigan is definitely one of those tracks that you need a lot of horsepower and raw speed. It’s big and wide and our goal is to get our FedEx Camry flexible enough to run different lines if we need to.”