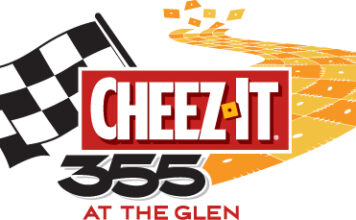 Michael McDowell is in his second season driving the No. 95 K-LOVE/Thrivent Ford Fusion for Leavine Family Racing.  As the series prepares for Sunday’s Cheez-It 355 at The Glen, McDowell and owner Bob Leavine spoke about the challenges of running a part-time schedule and how their main goal of expanding to a full season is a top priority.

BOB LEAVINE, Owner – No. 95 K-LOVE/Thrivent Ford Fusion – WHERE DO YOU FEEL YOUR TEAM IS IN TERMS OF DEVELOPING AND GROWING?  “I think from the statement I made at media day about where we wanted to be this year we’re probably a little behind.  If you look at NASCAR, the top 25 cars are probably the top five or six teams.  It’s tough to break into that, but we looked at the partners that we had and the money that we had going into this year and that’s how we selected the 20 races that we were going to run.  It was important to us to run quality races because we could have taken that money and scattered it out and ran a full year, but that wouldn’t have gotten us to where we want to get.  That’s why the family essentially paid for our first four years in racing.  We wanted to show a partner that we’re growing and trying to get better.  I wasn’t into going to somebody and asking them for money to start up a team.  That isn’t us.  We wanted to say, ‘We’ve gotten better every year.  We’ve done this and with some additional money and partners we can do better.’  Our goal is to run full-time.  We want to raise the bar and say, ‘If you help us, we can run better and be better.’  We know we can.  We have spots of brilliance and then there are also times where we didn’t have the results we wanted, but every team goes through those spells.  All of our people are full-time, but when you’re running a part-time schedule any one race is such a big part of it.  One out of 36 is no big deal, but one out of 20 is, so our goal is to get to 36 races.  We need additional partners in order to do that.  Our partnership with Penske has been a life saver and we’re still developing that.  We’ve made the commitment this year.  We bought our shop and are upgrading now, so much so that my wife and I have rented a townhouse in Concord (NC) and we’re moving there next week.  We’re going to be in Concord a majority of the time and go back to Texas to check on things from time to time because I want to be close to the race team for the rest of this year to meet with our partners and try to achieve our goal.  I feel good about where we can go.  I feel good about our program and the people in our program, and I’m excited about the fact that we can get there with help.  We can’t do it on our own, but with help from our partners and new partners we feel we can get there.”

HOW HAS THE PENSKE AFFILIATION HELPED?  “One reason Roger took us on two years ago is he liked the way we were trying, the way we looked and how we approached our business.  That hasn’t changed.  They’ve helped us move up and right now if we were running all of the races, we would be a top-30 team and that’s not bad for a fifth-year team.  Our partners need to be seen and that’s what we’re trying to do as well.  Impressions are important and the guys we have on our team have done a great job describing to our partners what our goals are and where we’re going.  We’re already working on next year and have high hopes.”

BOB LEAVINE CONTINUED — HOW MUCH HAS HAVING A COMPANY LIKE THRIVENT HELPED RAISE THE COMPETITIVENESS OF YOUR OPERATION?  “It’s big because they’re a Fortune 500 company and it’s their first time in the sport.  Having them come on board this year was big for us and now building that into a bigger program is our objective.  We’re continually keeping them in the loop.  I think they’re looking at this as a multi-year program, which would help us.  They were in Texas a week or two ago filming at our construction company office and at our home and I don’t think they would be doing that if they were just going away.  I think they like our team and what it stands for because we like what they stand for and how they fit our team and Michael.  They understand the engineering side of it and what is required to get there because we’ve already had those conversations about it.  We need to get our entire sponsorship level up so we can run better because I know they want us to run better, so that’s a big part.  It’s the same way with K-LOVE.  They are important to us and have been with us since Michael came over to us.  We’ve talked with them about how we want to build the program and how it will help them.  Thrivent and K-LOVE both have racing sites and have different games with the 95, so they’ve invested money on that side of it and investing additional money on our side would help everything.  Our partners are big for us.  I think they see the value being in NASCAR presents, so we’re hopeful that their support continues and we can find additional sponsors to help us grow.”

MICHAEL MCDOWELL – No. 95 K-LOVE/Thrivent Ford Fusion – WHAT ARE YOUR EXPECTATIONS FOR THIS WEEKEND?  “I really do have high hopes.  I’ve had good runs here in the past, so I’m always excited to get to Watkins Glen.  It’s fun being on a road course.  We’ve got a lot of work to do, and the hard part is that even though you go to a road course, where I have some experience, you’re still a small team and you’re still going up against the big teams.  The advantage of the gap that we used to make up just isn’t there anymore, so we’ll just keep plugging hard and try to make the race car better.  We’re working on a few things in particular, and the thing that’s good about road course racing is we’ll race well, but we need to find some speed right now so we can start closer to the front.”

DO YOU FEEL LIKE THIS TEAM IS ON TRACK AND IS GROWING AT THE RATE YOU WOULD LIKE?  “We’re building and I think our biggest struggle and biggest fight we’re up against is just being part-time.  We’ll go two weeks and then have three weeks off.  The development is happening so fast, especially with all these rule changes of late.  For us, the next step and the big goal for our team is to not just run better, but to run every weekend.  I feel like that’s gonna help our performance just by being here every weekend.  I can stay in a rhythm, the guys can stay in a rhythm and you’re constantly developing the cars in the process.   That is definitely a big challenge for us, where we’ll miss two or three weeks in a row and then have to fire back up.  We’re working towards that goal.  We’ve got great partners with Thrivent and K-LOVE and hopefully more coming on board and hopefully we’ll be able to grow this program to full-time.”