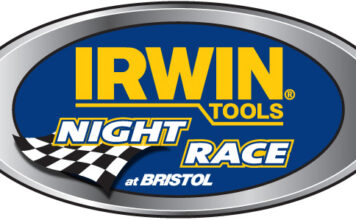 Michigan Recap: Denny Hamlin finished fifth in Sunday’s NASCAR Sprint Cup Series race at Michigan International Speedway, logging his fourth top-five result in the previous seven events in the 200-lap race won by Joe Gibbs Racing teammate Matt Kenseth. Hamlin lined up fourth for the final restart with 13 laps remaining at the wide, two-mile track, and settled for fifth at the checkered flag behind Kenseth, Kevin Harvick, Martin Truex Jr., and Austin Dillon. Hamlin started second in the #11 FedEx Freight Toyota and was among the top-10 throughout the majority of the 400-mile race. Varying fuel and pit strategies through the race’s midpoint shuffled the order as teams and drivers grew accustomed to a new aerodynamic rules package. The package, also featured at Indianapolis (where Hamlin also finished fifth) in July, had increased drag that affected the cars’ handling in the corners and made passing at a premium on Sunday. The finish moved Hamlin up one spot to ninth in the NASCAR standings following Michigan, 196 points behind leader Harvick with three regular season races remaining.

Bristol Preview: The Series heads to Bristol Motor Speedway for Saturday night’s 500-lap race at the high-banked, half-mile oval. Hamlin won the historic Bristol Night Race at the track in August 2012, when he passed Carl Edwards with 39 laps to go for the win. In 19 career Bristol starts, Hamlin has eight top-10 finishes and has led 524 laps. He also captured back-to-back Bristol poles in the summer 2013 and spring 2014. Earlier this year, Hamlin started fifth and was running in that spot before a rain shower delayed the race more than four hours. However, when the race returned, Hamlin was suffering from neck spasms and was replaced by Erik Jones, who guided the #11 FedEx Toyota to a 26th-place result.

How has the organization’s success helped the FedEx Racing Team build as the season heads towards the Chase?

“Obviously, the success of Joe Gibbs Racing as a whole over the past couple months really drives you as a competitor to want to be the best of the group. The guys at the shop have made really fast cars and TRD (Toyota Racing Development) have provided us with a lot of power. Our FedEx team has had some good finishes in that time, but we haven’t capitalized to put all the pieces together. I think it’s important for us to be peaking at the right time with the Chase coming up, and these next few tracks will give us a good idea of where we stack up. Bristol has been a good track for us over the years, and I’m confident we can go there this weekend and compete for another night race trophy there.”