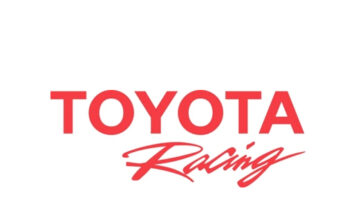 SUAREZ SEEKS FIRST: Rookie Camry driver Daniel Suarez is hunting his first win and the NXS race at Wisconsin’s Road America gives the former road course racer a chance for a victory in a familiar format. Suarez grew up competing on road courses in Mexico – including four seasons in the NASCAR Mexico Series with nine road course wins – before moving to the NASCAR K&N Pro Series, NXS and NCWTS. In his first full season in the NXS, Suarez has five top-five results – including runner-up and third-place finishes – and 10 top-10 performances, as well as two pole positions. The 23-year-old driver has also tallied a pair of runner-ups and four top-five results in eight NCWTS starts in 2015.

O CANADA: Calgary native and rookie driver Cameron Hayley has impressed in his first season driving a Tundra for ThorSport Racing with three top-five results and seven top-10 finishes in the NCWTS. Currently sitting sixth in the point standings as the Truck Series heads to Canadian Tire Motorsports Park in Ontario, the Canadian enters a ‘home’ race with six top-10 results in his last eight NCWTS starts – including a career-best finish of fourth at Pennsylvania’s Pocono Raceway this month. Hayley made his NCWTS debut in 2014 with two top-10 finishes in three starts. Prior to competing in the Truck Series, the 19-year-old driver spent 2014 running in the NASCAR K&N Pro Series East where he finished second in the series point standings with seven top-five results and nine top-10s in 16 races. In 2012 and 2013, Hayley competed in the NASCAR K&N Pro Series West with 19 top-fives in 34 races and he finished second in the point standings in 2013.

NASCAR XFINITY Series (NXS): Camry drivers Daniel Suarez (sixth) and JJ Yeley (12th) currently rank in the top-15 in the NASCAR XFINITY Series (NXS) point standings … Kenny Habul will pilot the No. 20 Camry for Joe Gibbs Racing at Road America, while Boris Said will drive the No. 54 Camry … Habul has three previous starts at the Wisconsin track with a best finish of 14th.

What are your expectations for Road America?

“This is our last chance this season to show what we’ve got at road courses. After Watkins Glen and Mid-Ohio, we knew that we had to get better. They were disappointing finishes for me because I like road course racing, but we’ve been working hard since the last road course race at improving and I think we’ll be better this weekend. The team is feeling good after the finish in Bristol and now we have to focus on Saturday and running as well on circuits as we have been recently on ovals.”

How do you feel heading into your last scheduled race in the No. 54 Camry?

“We had a difficult run at Mid-Ohio. The car was good and these 54 guys had a fast piece for me, but unfortunately we got behind and then got into some trouble on-track. I’m excited beyond belief to get to Road America – it’s a great track and there are plenty of great places to pass there. I think the NASCAR XFINITY Series will put on a fantastic show this week and it’s my last race in the Monster Energy 54, so I plan on making the best of it. There would be no better way than going out with a win to show my thanks to Monster Energy and to Joe Gibbs Racing for giving me such a fantastic opportunity to race for this great team.”

How do you prepare to road course race?

“It is a lot different. I actually went to the Bondurant School out in Phoenix about a month ago to work with Chris Cook to try and get a little bit more experience. I did a school last year as well, so hopefully this will help get me a little more prepared and a little more experience for the road course and what’s different about it and learn a few more things.”

How can you improve on last year’s finish at Canadian Tire Motorsports Park?

“We were fast last year, just didn’t do a good job managing tires on my part. Hopefully, we can do a better job keeping the tires on it and staying up front and giving ourselves a shot at the win. Obviously, there are going to be road course guys like Alex Tagliani there that will be pretty good, but I know we will have a fast Toyota Tundra as well. We have the same road course truck we raced last year and it’ll be fun.”

Are you nervous racing in your home country?

“Not only is this a track I’ve been to before, it’s also in my home country. I just hope that I will have a good run for all of my Canadian fans. We’ve done really well at tracks that I’ve been to in the past this year already. I’ve been to Sonoma (Raceway) a couple times and that place was really difficult. You look at Canadian Tire Motorsport Park and think, “It can’t be as difficult as Sonoma,” but it’s a very fast race track and fast race tracks are not forgiving. It takes a lot of finesse and a lot of guts to go out there and get it done. We are bringing a really good truck, so I think this will be another good race for us to go out and get a solid top-five – if not a win.”

What does it take to be successful at Canadian Tire Motorsports Park?

“It doesn’t race like your average road course, because it doesn’t have a whole lot of heavy breaking and places to be able to pass. It’s just a really fast-flowing road course. We only do it once a year, so it’s just getting back into the groove of things when you unload. I personally think we should have more than one road course race a year. There are a lot of teams that build trucks especially for this race and you only get to use it once. To help owners out with the cost of building these trucks, we definitely need to go more than once in a season.”